CPD may be out of CPS schools only for the remainder of the school year. According to a decision issued by Jadine Chou, the head of safety and security at CPS. In an email sent out to parents this past week Chou stated, “With less than two months remaining in the school year and reduced daily in-person attendance, we feel that the presence of full time SROs is not necessary at this time.”

Many see this as a step in the right direction for removing police from schools. Last summer social unrest called attention to issues with policing not only within communities but within schools. In most cases Black and Brown students were heavily targeted by police officers in their schools. If you recall, last summer many schools were voting on whether or not to keep School Resource Officers within schools. Additionally, there was a push to cut the $33 million contract that the Chicago Police Department has with CPS. Since last August the contract did drop to $12.1 million (considering that students haven’t been in school really this year). There still is a long way to go considering that SRO’s will be back in schools when they reopen in the fall.

Local School Councils are set to meet again in August and vote on whether or not to keep SRO’s in school. Last year schools such as Northside College Prep, Roberto Clemente Community Academy, and Oak Park River Forest High School voted to have SRO’s removed. Along with voting LSC’s will be looking at a holistic school safety plan recommendation put together with input from youth organizations such as Mikva Challenge and VOYCE.

While this decision is a small step, there may be hope that a change can come. 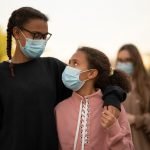 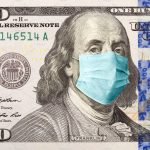