When you think about Starbucks, you probably think about a popular, well known world wide coffee shop that sells Caramel Frapps, Vanilla Lattes and many other items, right? You probably also think about its number one competitor, aka Dunkin Donuts. Well besides that, it’s only fair for me to share that coffee isn’t the only thing Starbucks specializes in. In fact they now specialize in surgeries for their transgender employees.

According to CBN news, Starbucks announced that in addition to the company covering gender reassignment or bottom surgery, which it has done since 2012, the company is now moving on up to a higher task of reassuring that the transgender community is in good hands. The company has announced that they will now bill for breast reduction/augmentation, hair transplants, facial feminization surgery as well as voice therapy.

I know you’re probably wondering, “Well, where did this proposal actually come from?” It actually came from the company’s collaboration with the World Professional Association for Transgender Health (WPATH) according to The Hill. The past President of WPATH, Jamison Green, even quoted how Starbucks is the first company to ever request WPATH to help turn its recommended healthcare into medical benefits.

The vice president of benefits at Starbucks, Ron Crawford, also seems enthused to help assist the transgender community by any means necessary. He even verified this idea with the transgender community, according to CBN News where he stated, “The approach was driven not just by the company’s desire to provide truly inclusive coverage, and by powerful conversations with transgender partners about how those benefits would allow them to truly be who they are.”

I really like how the world is becoming more accepting of the LGBTQ community. I believe that this new proposal that Starbucks and WPATH have come up with is a good idea to help show and broadcast to the world that it is okay to be you. 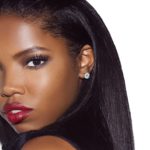 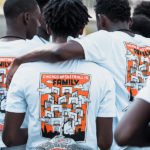