How much would you pay to study Drake and The Weeknd? Well, if you’re here in the U.S. it doesn’t really matter, you can’t. But current undergrads at Ryerson University’s can. As of January 2022 the Toronto, Ontario, Canada school will be offering a class specifically focused on studying different aspects of the artists lives and their craft.

The class will be taught by professor Dalton Higgs, who has given lectures on Black music and written not one, not two, but six books on this topic alone. So if there’s anyone qualified or passionate enough to teach this, it’s Higgs.

He mentioned that the multiple purposes of his class are to dissect the Canadian artists’s branding, rise to the top, lyrics and the conditions in which their careers were able to flourish in the way they have.

“What people tend to forget about Drake is that he’s actually a great writer,” the professor told CNN. “In his rhymes he employs all kinds of literary devices like metaphors, iambic pentameter, similes, so we’re going to deconstruct his lyrics and examine how he puts his songs together.”

According to Higgs, there’s already an immense amount of excitement for this class by Ryerson University students. This doesn’t shock me at all. With Ryerson being an arts school, courses are going to be different. That’s the point. This might seem silly or useless to some, but there’s little more valuable for an artist of any kind than to study the success of the craft of their presuccesors. Why do you think Shakespeare is studied in English classes all over the world?

Maybe one day this class will even be taught to this extent on other campuses. It could benefit not only singers, rappers, writers but those in business, marketing or maybe even history.

To me this new class seems both courageous, bold and innovative. I wouldn’t mind taking it myself.

By Kendal Amos, Junior at Chicago school for the arts 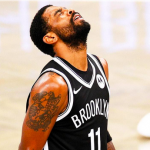