Another artist has announced that she’s expecting during this whirlwind 2020 year.

Fans had been speculating for a while if Summer Walker was pregnant via social media clues, but she recently officially confirmed her baby bump in an Instagram post.

Although Summer hasn’t released any further details about her pregnancy, she captioned the shared Instagram post (that has been taken down) with angel emojis as she beamed with smiles. This isn’t surprising that she’s only giving fans a sneak peek into her pregnancy due to past instances of receiving backlash with her social anxiety.

She was accused of faking and lying about her anxiety because she previously worked as a stripper and often posts photos that are revealing of her body. However, this time around it seems that she wants to do things differently. According to complex.com, “Walker has been very critical about the lack of privacy that often comes with fame, so it’s understandable that she’d readily share such personal news right away. Nevertheless, congratulations are in order  to the mother-to-be and her family.”

Producer London on da Track and Summer Walker have been a well known musical relationship duo in the industry from even the beginning of his career. They’ve constantly shared their relationship and affection across social media platforms that signify how in love they actually are.

Since the success of her album Over it, fans have been dying for more from Walker. Hopefully her pregnancy will spark her creativity and inspire more good Walker x London on da Track collabs, because every time they work together it truly is… chef’s kiss. 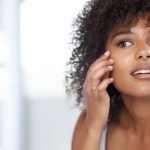 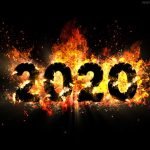