The stage is set for Super Bowl LV, and this Super Bowl is one of the more anticipated of all time. The big day will be played in Tampa Bay this year, marking the first time that one of the competing teams will play in the Super Bowl in their hometown. Throughout all of the season, I don’t think that this was the match-up that we would have predicted, but it isn’t a match up that we’re going to complain about either. Why? Because the Tampa Bay Buccaneers, led by Tom Brady, will face off against the reigning Super Bowl champions–the Kansas City Chiefs, led by Patrick Mahomes.

This will be Brady’s 10th Super Bowl, and he has won six of the previous nine that he’s been a part of. This will be Mahomes second consecutive Super Bowl, and it could have very easily been his third, but he lost his first and only playoff game in an overtime where he didn’t get the ball back. Mahomes has played in seven playoff games, and he has won six of them. Brady has played in 44 playoffs games, and won 33.

This is a huge legacy game for both players. If Brady wins, he would have won seven Super Bowls. The chance of anyone else ever catching him would become more or less impossible, and the win would solidify his GOAT status. If Mahomes wins, he would be able to tie their playoffs record, and he would capture his second Super Bowl in his first three years as a starter. On top of that, his chances of catching Brady in Super Bowl wins would increase by one.

I think that the Chiefs will win this game and Mahomes will get bragging rights for the second straight Super Bowl in a row. The big game is set for February 7th, and I can’t wait to see what transpires. 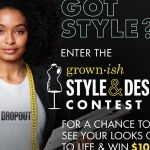 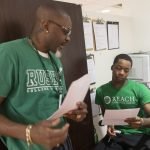