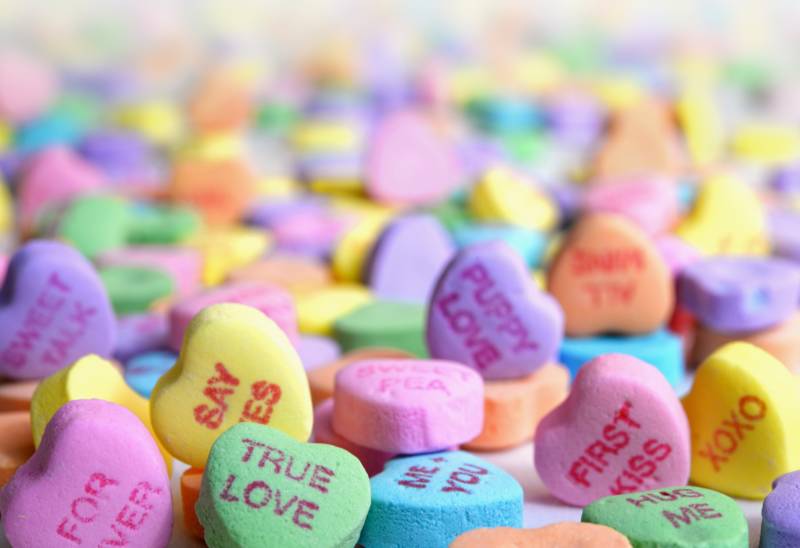 What’s a Valentine’s candy staple? Sweetheart candy! If you’re a lover of this V-Day sweet treat we have some good and some bad news for you.

The Sweetheart candy is back! If you didn’t know, the candy was not on shelves last year because Necco, the company that makes them, filed for bankruptcy and is no longer operating. Lasting 164 years, it was the oldest running candy company until July of last year. Spangler Candy Company purchased the candy after Necco closed down. They were determined to have the candies on shelves for 2020 so people could enjoy the mushy-gushy season to its fullest.

There will be a limited supply of the Sweetheart candy that will hit shelves and will therefore be on a first come, first serve basis for customers. If you plan on buying bulk for V-Day you may want to get to stores as early as possible.

On top of everybody not being able to grab a box of Sweetheart candy, they candies won’t look the same. Unfortunately, some of the candies will be blank, but this was not the intention. While transporting equipment from the Necco facility to Sprangler’s facility, some of the equipment was damaged, including the printer. This means a bulk of the candy will be missing a key part of what makes them so special around this time.

The best part about the candy for me went beyond the chalky taste. It was the cute little messages that made each candy special. It brings back memories from elementary when my classmates and I would try to make sentences with the candy and give them to each other. I think it’s funny that candy has the ability to bring about these memories, but they do.

Now, I’m sure this won’t be an issue next year because buying a printer between now and then shouldn’t be a challenge for the company. I’m also impressed by how high of a priority these candies were for the company, but a limited supply of blank sweetheart candies is still disappointing.