On the day before Thanksgiving Project sWish and Chicago rapper G Herbo gave back to the community by partnering together to spread awareness about the importance of mental health to the youth in Chicago. Swervin Through Stress was just the beginning of Project Swish’s initiative 10-week program strictly aimed at putting kids in therapy. This event took place from noon to 4 p.m.

Swerving Through Stress began with players from each team taking some time to connect and relieve some stress with art therapy. Some created paintings, and others put together vision boards of things in their life they valued most or are actively working to acquire. 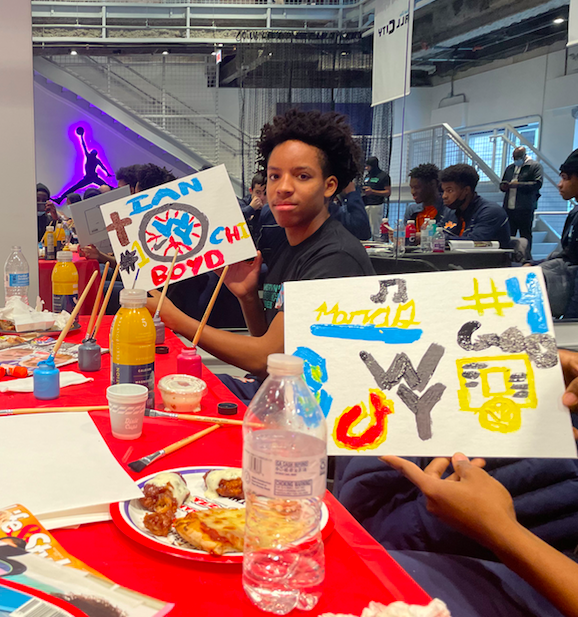 A junior from Dunbar High School, Travonta Gist, dove deep into how significant one piece of his vision board was to him. It showed a enthusiastic father carrying a daughter on his shoulders. “I feel that parenting is very important to determine how a person can turn out. I feel like a two-parent household is important because I have plenty of friends who don’t have parents, and I don’t have parents so, I know how it feels to not have two parents in a household. It could be really effective.” 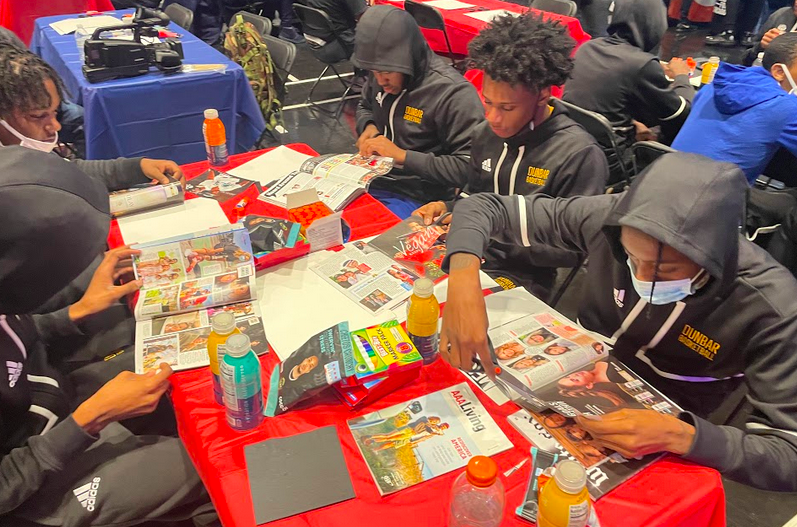 G Herbo, who grew up in a two-parent household, heavily related to how this player felt, commending Gist and piggybacking off of his comment, saying, “Having both of my parents in my life had a big impact on my life. Having a two-parent household or having any parents at all can have a negative or positive impact on your life, depending on your upbringing. Eighty or 90 percent of the way you behave outside comes from what you learned in your house because when you’re a kid, you’re like a sponge. You soak everything in. Having a father in my life is the reason I’m such a good father.”

G Herbo significantly expressed the importance of having an active role model because some kids may not have any. “Find any active role model, whether it’s a mother or a father or anybody willing to play the role of a parent. It’s okay to lean on them and embrace their support.”

When asked about what he does daily to enhance his mental wellness, G Herbo gave some excellent methods for improving mental health and ways the youth can use these methods to combat low self-esteem. “I write down my thoughts in my book or just write raps. It eases my mind to know that I’m staying on the right track. It may just be one little detail. I may write down three lines, or because I’m so busy, I may just write down a couple of words. It’s the purest I could do.” He continued saying, “One thing I really used to do was work out or probably go play basketball; that’s one I would do because it distracted me from the outside world. Another thing is reading books. Also, watching movies, I just sit back, chill, and watch movies. I don’t think about anything. I sit my phone down, won’t text anybody for a few hours, and watch two or three movies straight.”

G Herbo’s main message was to find anything that “makes you relaxed or feel peace, I think you should just focus on that. It will put you in the space where you have a clear mind.” 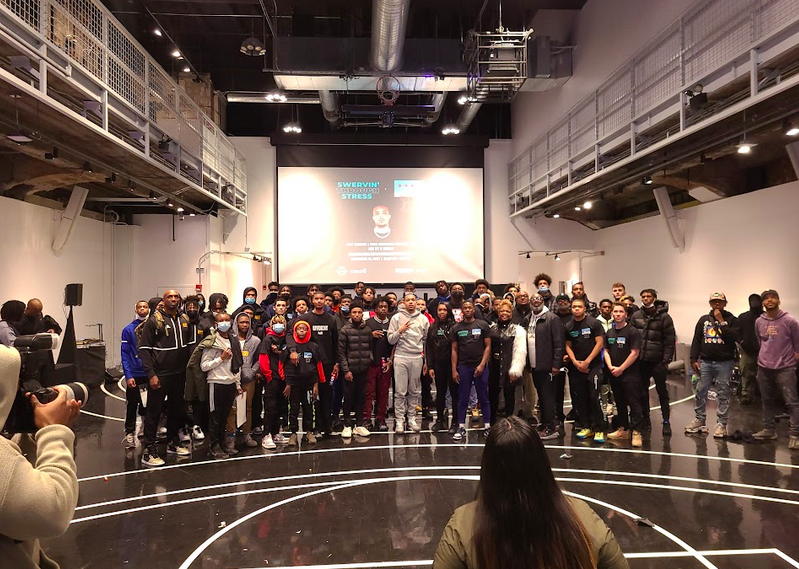