Born and raised in Chicago, Sylvia Snowden is a journalist and storyteller. The University of Missouri-Columbia alum came to drop some gems on the True Star students about her life and her  career journey to becoming the host of CAN TV’s Political Forum.

Snowden told the TS students that she decided in high school that she wanted to pursue a career in journalism. This resonated a lot with students because many of them are high schoolers themselves.

“I decided in high school that [journalism] was something that I should try to take seriously as a career,” she said. “I could try to be a journalist because I love to talk.”

Snowden is someone who heavily advocates for young people to go to college, even if they later decide that they want to pursue other paths.

“To me, there’s nothing like college for a young person,” she said. “When you go to college, that’s going to be your first time to have an opportunity to see who you are in this world without your mother and father.”

Though she is established now and has much career experience under her belt, this wasn’t always the case. She was also a beginner at one point and struggled with journalism while in college and felt like she had “made a mistake.”

There were times when she was discouraged and unmotivated, mainly due to the loss of her mother during her freshman year of high school.

Experiencing a loss of a loved one isn’t easy to deal with, but Snowden encouraged students to keep going regardless.

“If you all suffer a loss, I would encourage you all as difficult, as it is, to do everything you can to just push through and keep going. Whomever believed in you, do it for them,” Snowden told the TS students.

Snowden gave us some inspiring words during her talk and she let us know that even when obstacles are in your path, there are ways to get around them. To listen to her full talk simply click on the box below.

More From: Session with the Pros 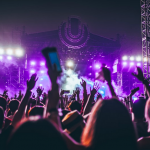 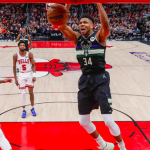