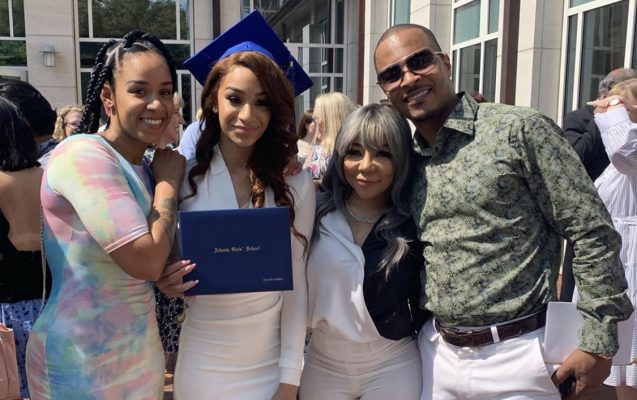 In recent news rapper T.I. openly admitted on the podcast “Ladies Like Us” that he takes his 18-year-old daughter Deyjah Harris to the gynecologist to ensure that she is still a virgin. Yes, you read that correctly, and it doesn’t stop there, he also told her to sign a waiver that would allow him to see the results. Can I just say that THIS IS NOT OKAY! It is a complete violation of her rights as a woman but also it’s creepy and intrusive on T.I.’s end. The hosts of the podcast even issued an apology about the incident for not handling the situation differently.

Let me break this down for you. There is a difference between wanting to make sure your child is healthy and just being flat out possessive. She is 18. I’m guessing that she’s reasonable and understands how to engage in safe sex when she is ready, but hovering over her in such a way shows that you must not trust her enough to make smart decisions. Also despite popular belief hymens can’t break, they simply stretch and sexual activity isn’t the “only” way for them to stretch.

What also makes this situation even more disturbing is that T.I. doesn’t hold his 15-year-old son King (who he reportedly knows is sexually active) to that same standard. He stated on the podcast, “I definitely feel different about a boy than about a girl …That’s just the God’s honest truth. I don’t think there’s any father out there who’ll tell you any different.” So of course his younger son can be praised for engaging in such activities but his daughter is humiliated and monitored to ensure she doesn’t do the same. I know I’m not the only one who sees that this is completely screwed up.

Deyjah’s Twitter followers came to her defense leaving comments in her timeline about how T.I.’s actions were “controlling,” but also offered her support along with virtual hugs. In return Deyjah told her followers that she loved them.

I honestly feel bad for Deyjah and I hope that this backlash that T.I. has received will help him realize that his actions aren’t okay and he should stop. How do you all feel about this situation? Do you think what T.I. is doing is right or is he doing too much? Let us know with an emoji.