A simple two-worded tweet sent social media into a frenzy over Saweetie’s unbothered response. It even resurfaced the classic cover art of Drake’s notorious breakout album across all social media as meme’s were created.

Saweetie’s tweet of “Take care” on her platform in regards to dismissing Quavo’s attempt to explain their breakup generated over 327,000 likes alone. After Saweetie’s guest starred appearance on Revolt TV’s “#RespectfullyJustin” regarding her perspective on intimate stances with threesomes, speculations swirled on social media that her relationship with Quavo may be over.

Also, theshaderoom posted screenshots of fans who noticed that the couple officially unfollowed each other on Instagram which fueled more fire to the news and any rumours about their relationship. However, Saweetie took to Twitter to set the record straight of what really happened within the breakup and refused to let anyone unrightfully demean her character.

In her first set of tweets she posted, “I’m single. I’ve endured too much betrayal and hurt behind the scenes for a false narrative to be circulating that degrades my character. Presents don’t band aid scars and the love isn’t real when the intimacy is given to other women.”

Fans were shocked and outraged as Saweetie finally disclosed the true reality of their seemingly fairy tale relationship. In her second set of tweets she posted, “I emotionally checked out a long time ago and have walked away with a deep sense of peace and freedom. Excited for this new chapter of elevation.”

Immediately the breakup of Saweetie and Quavo was trending on Twitter as fans couldn’t believe that Saweetie could get cheated on. Then, the comparisons swirled of how some of the most beautiful women in highly publicized celebrity relationships have gotten cheated on and the debates of how money doesn’t equate to love began.

After Saweetie released her series of tweets exposing her truth of the betrayal she’s endured, Quavo took to his platform to defend his name in a series of tweets. He said, “I know you want to make this into a show so I’ll play my part just this one time. I don’t normally put my business out there, especially my personal life. I feel the need to address this so there are no false narratives.”

Then, he posted his last statement regarding the situation which says, “I had love for you and disappointed you did all that. You are not the woman I thought you were. I wish you nothing but the best.” In response to that, Saweetie quoted his tweet and dropped the now iconic two-worded line “Take care.” The level of unbothered that Saweetie has finally reached… Unmatched!

Not only was Saweetie’s simple response a shocker to fans, but Quavo’s actions against her tweets were immediately put into action. According to mtonews.com, “Migos rapper Quavo got back $350,000 from his ex-girlfriend Saweetie, in the wee hours of the morning. MTO News spoke with a person close to the Migos star who tell us that Quavo has repossessed the 2021 Bentley convertible that he ‘gifted’ to Saweetie for Christmas.”

If there’s one thing I do love about Saweetie it’s that she knows her worth enough to leave, regardless of what money can buy her. Social media has made efforts to continuously value material items and things, but what’s portrayed on social platforms isn’t always what it seems. 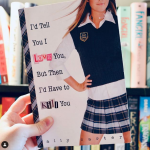 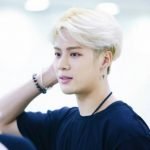