Recently a White teacher a Pflugerville, Texas, school was fired after a deeply disturbing video clip posted by a student went viral, according to NBC News. Reaching over a quarter-million views, the video of a teacher telling his students “Deep down in my heart I am ethnocentric.” He goes on to explain what ethnocentric means stating, “I think my race is the superior one.”

A student off camera asks, “So White is better than all?”

The teacher replies, “Let me finish. I think everybody thinks that. They’re just not honest about it.”

The teacher whose identity has yet to be released was placed on administrative leave after making racist comments towards students.

In a recent statement, Superintendent Douglas Killian said, “We are aware of an inappropriate conversation a teacher at Bohls Middle School had with students this week during an advisory class… This interaction does not align with our core beliefs as a district. The video of the conversation includes statements that we find wholly inappropriate.”

This situation was highly unacceptable and lacked professionalism, in my opinion. To claim and admit to being ethnocentric as a white male, while surrounded by a classroom with a large African-American presence reiterates the idea of white as the superior race and enforces an ideology that can potentially damage the self-esteem and mental health of the African-American youth.

Although the situation is exceedingly problematic, I was proud of how the students handled the encounter. When they encountered this experience they were not rude, disrespectful, or ill-mannered. The children listened to the teacher’s beliefs then expressed to him how and why he was wrong. The children did not just agree with the teacher because he was a teacher, instead they stood up for themselves. Historically children have not always been confident enough nor were they given the chance to express their thoughts. The video not only shows that some people in the world are not accepting of all, but some individuals are outwardly prejudiced or racist. The silver lining here is that the next generation, a community of my peers, is combating racism in hopes of creating a better future for us all. 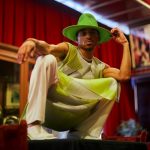 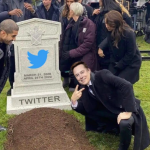