I think having haters, anyone biting off your style, or being a complete “copy cat” is actually the utmost form of flattery. I mean, if someone or something is trying to be exactly like you, let them. As long as you keep being your original and authentic self, you could never truly be duplicated. And honestly, that’s when you know you’re “poppin”.

Thus, bringing to my attention the latest fashion controversy. It’s almost shocking for this known brand to even attempt to pass for an “original”. The brand Guess is under fire for trying to replicate the exact design of Black owned brand Telfar handbags.

Fashion critics and Telfar buyers immediately took to social media to express their massive disdain for Guess trying to clearly profit off Telfar’s signature design. On an Instagram post by @diet_prada, the two bags are posted side by side so social media users can easily distinguish how Guess attempted this fashion steal. In the caption it states, “In between dodging their CEO’s sexual harassment lawsuits, @guess found time to uh, get inspired by @telfarglobal ‘s iconic shopping bag …”

Due to the immense backlash that Guess was beginning to overwhelmingly receive, the brand has immediately pulled the lookalike G-Logo handbag totes from its shelves. One social media user, @tsvarakad3nga, took to Twitter to post how this is another representation of major White corporations trying to profit off of Black creators. “Guess copying the Telfar bag style, shape, logo, colors and how they even photographed the bag shows there was no way this was not intentional on their part. Black rage sells, and brands capitalize on it because when was the last time people even talked about Guess like this.”

Although this unexpected replicated drop by Guess caused a major controversy on social media, Telfar Clemons and his business partner, Babak Radboy, already knew that it was coming. People.com reported that, “According to a New York Times article, Clemens, 36, and his Telfar business partner Babak Radboy knew about Guess’s G-Logo tote since Feb. 2021, but opted to not make a public statement. They told they’re outlet that they “weren’t afraid of it — and we didn’t want to draw attention to it.” Clemens and Radboy also wanted to avoid litigation against Guess and Signal Brands because they saw it as a large financial drain, the business partners told the New York Times.”

Clemens and Radboy’s decision to take this attempted replica as a minor issue was handled with such grace. This just goes to show that Black creators and artists are used to this type of attention and they’ve now shown a different way to handle it; by letting companies use the power of social media at the expense of their own destruction. In their decision not to forgo a lawsuit against Guess, they actually saved money and received an increase in support for their brands across numerous platforms. If you didn’t know the Telfar brand then, you should definitely know it now.

In this case, no publicity is bad publicity. It’s looking to be a great year for Black creators. 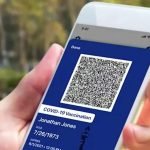 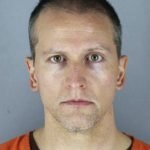