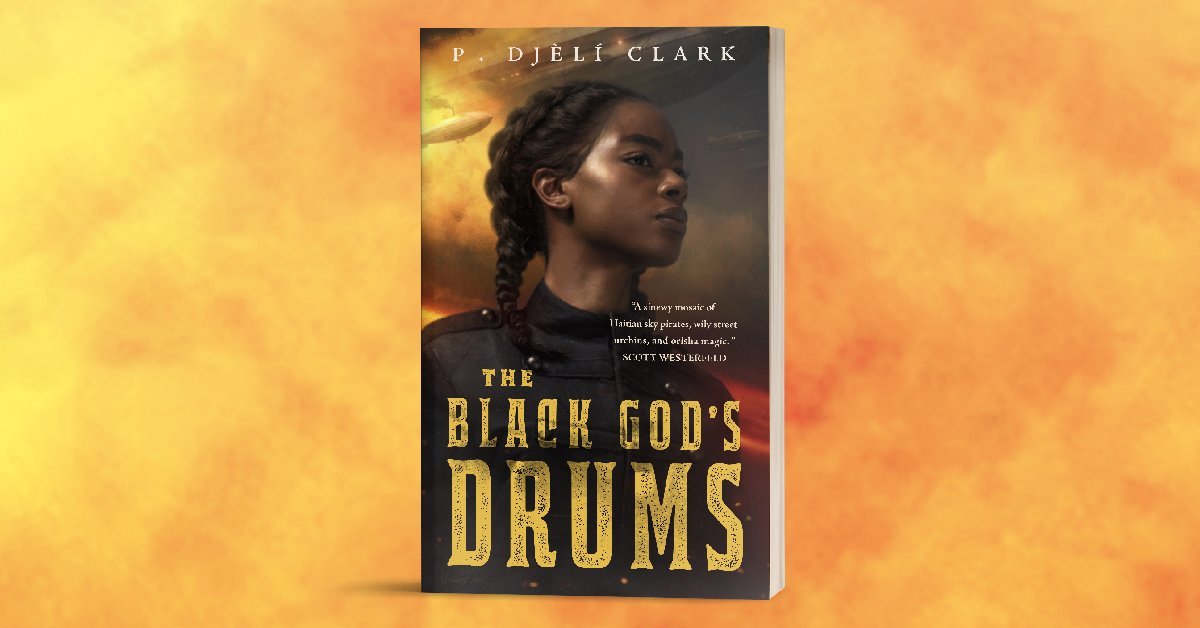 Aladdin meets Firefly in this awesome novella about 13-year-old Creeper, an orphan who survives on the streets of New Orleans by thieving. Creeper can do more than just steal; she’s an expert at hiding and collecting information that she then sells to others who might be interested. She’s such a crafty, smart character, and I instantly liked her. Creeper gets even better, though, she shares a body with a Goddess, who gives Creeper the power to control gusts of wind. Okay, the start of the book was cool, but when I found out that Creeper is “possessed” by a Goddess? Well, that made the book 1000 times more interesting!

In case you’re unsure what a novella is, it’s basically a short book. Which means they’re often fun, fast reads, and that’s exactly what this book was! It’s a space western, which means its set before computers and cars were created, but it also has awesome gadgets from space. Oddly, space westerns are my favorite type of setting for a story! I think the combination of “the old west” with science fiction technology is super cool. That’s actually my biggest issue with The Black God’s Drums—it has space ships. Creeper’s dream is to fly on one of them and to be part of a space crew, but the space element of the story doesn’t really kick in until the book is almost over. Which was a huge bummer! I wanted more space, more technology, more super cool fights in the sky. Most of the book was set on the ground, showing what life was like for Creeper living in the city, trying to survive.

Overall, it was a really good book. I loved Oya – the African Goddess of wind and storms that lives inside of Creeper. I also really loved Ann-Marie, a SUPER cool captain of a ship that Creeper really wants to be a part of. Creeper and Captain Ann-Marie team up to learn more about a weapon called “The Black God’s Drums”. It’s a dangerous weapon that can wipe out the entire city and much more. Yet, we learn some pretty awesome things about Captain Ann-Marie and how she and Creeper are bonded in a way that surprises them both. Originally Ann-Marie wants nothing to do with this annoying little kid, and I loved seeing that change in the book because “hate to love” friendships are some of my favorites.

The Black God’s Drums by P. Djèlí Clark was cool, creative, and had LGBT characters which was awesome to see in a space western, but I wanted more space and I really hope there’s a part 2 to this book that takes place there!