FINALLY, Bulls fans have something to actually cheer for this upcoming year! On Monday, the NBA free agent signing period began, and the Bulls were on a mission, to build something to contend with, and boy did they make some noise.

One of the things that we have been missing since trading Derrick Rose is a point guard who we can actually trust with the ball in their hands. That was the first move they made. They went out and got Lonzo Ball from the New Orleans Pelicans, on a four-year $85 million deal. Ball is a big guard, who we will be able to trust because he is a great distributor of the basketball, a great defender, and an improving shooter, whose numbers have been going up every year.

The Bulls also went and acquired the “Bald Eagle,” aka Alex Caruso, from the Lakers on a three-year deal. Pairing him with Coby White on the bench could make for a very solid off-the-bench back court, given they both are able to put the ball in the basket.

While those are two good pieces to add, we still needed more if we are to contend, but the Bulls weren’t done yet. We needed a big name in the free agent pool, and we got one of the bigger fish in Demar Derozan out of San Antonio. While he isn’t the best 3-point shooter, he is a brilliant midrange shooter, a decent defender, and a veteran presence in the locker room–something that this younger roster can use.

If that wasn’t enough, the Bulls also made a good move in the recent NBA Draft when they selected the 38th pick, Illinois’ All-American Ayo Dosunmu. Named the nation’s best collegiate point guard, Dosunmu is an alum of Morgan Park High School. All eyes will be on the NBA rookie to see what he does in the coming season.

This is a team that I may actually watch this year. Although chances are that this isn’t a team that can win a title just yet, we will be tough out in the playoffs. It’s good to know that Chicago basketball fans finally have something to be happy about! 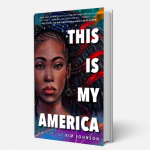 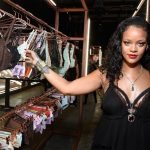