In celebration of the Chicago Sky’s championship win, the team held a celebration at Millennium Park. The celebration followed a parade from the Wintrust Arena, the team’s arena, to the downtown area where the celebration was later held.

The Chicago Sky, Sky Guy, their mascot, James Ware, the team’s head coach, Chance the Rapper, Mayor Lori Lightfoot and Governor JB Pritzker were all in attendance along with the team’s many fans in the audience cheering them on.

This is the team’s first championship win in the team’s history, making Chicago even more proud of the team. This win comes after Chicao native (by way of Naperville) Candace Parker returned to her hometown team after being with the Los Angeles Sparks for 13 seasons.

The celebration included music, dancing, and overall recognizing the team for the amazing season that they’ve had. It was nice to see Chicago gather to celebrate something positive when negative things in the city are typically what’s highlighted. 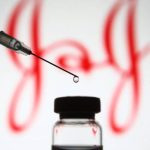 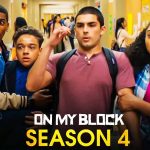