The Chicago Bears are on the move! In the same week, the team filled two significant spots in the organization. On Tuesday they hired Ryan Pace as the new general manager, and Thursday, they signed their new head coach, Matt Eberflus.

According to NFL Network and ESPN reporter Adam Schefter, Eberflus ousted former Detroit Lions head coach Jim Caldwell and Dallas Cowboys defensive coordinator Dan Quinn. There is no update for Caldwell but, Quinn has informed the six teams he interviewed for that he’s returning to Dallas to continue his coaching tenure as the defensive mind for the 2022 season. Quinn interviewed for six of the nine openings in the NFL.

At 51, Eberflus led the Indianapolis Colts’ defense for four years. Under Eberflus in 2021, Indianapolis finished ninth in scoring defense (21.5 points per game) and 16th in the NFL in total defense (343.2 yards per game). The Colts also allowed 21 or fewer points in 31 of the 65 games under Eberflus.

Along with his tenure with the Colts, he previously held the linebackers coach position for the Cleveland Browns (2009-10) and Dallas Cowboys (2011-17). He was the defensive coordinator at Missouri University from 2001-08 and was on staff at his alma mater, Toledo University, from 1992-2000.

Obviously a defensive-oriented mind, Eberflus will likely have much success with the already talented Bears defense but, the challenge for him will come with trying to bring top offensive coordinators aboard to help continue to evolve quarterback Justin Fields, who showed glimpses of his uttered about talent.

Some may be skeptical about his abilities as a head coach since he’s only keen on one part of the playbook but, Eberflus is a football lifer who has been around the game for quite some time. Bears fans, be open-minded. Eberflus may be a great hire. 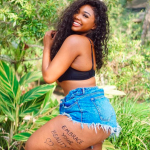 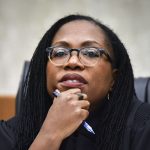