The Chicago Elite Classic was a premier event for everyone in the city of Chicago. Talent evaluators, coaches, and fans of all levels of basketball came out to see some of the best teams in the nation play against some of the best teams from the Chicago-land area. The event itself was a huge success, and an article detailing everything that took place will be in the works for the next issue of TrueStar Magazine. However, for the blog I will be providing a detailed report on the big-time players. Some of the athletes were looking to improve their stock for potential suitors to come calling, while players who signed with a college already were simply trying to show their schools that they didn’t make a mistake in signing them. I will be writing  many profiles as there was no shortage of talent on display, but I will start with the highest rated player at the event, ESPN #1 prospect for the class of 2014: Jahlil Okafor.

Okafor didn’t have much to prove as he has been playing excellent basketball the past few years and is regarded by many as the best big-man prospect in the last decade. The reason he is so highly regarded is because he plays like he always has something to prove. He is one of the most coachable players in the nation, and does exactly what the coaches require of him.

For the new season the coaches wanted him to improve his stamina, his face-up game, and his defense. Okafor showed considerable progress in all three of those areas.

The face-up game is usually the hardest thing for big men to develop, or at least big men who have their backs to the basket as much as Okafor does. But because he is such a hard-working player, he improved his face-up game drastically. He showed a surprising ability to handle the ball, and even made a coast-to-coast drive to draw a foul. Below is a clip of Okafor showing his attention to detail with a beautiful spin move on a face-up drive and finish.

Okafor is usually a very efficient scorer, and he continued that trend against St. John Bosco (Calif.) at the Chi-Elite Classic. He shot 10-13 from the field and 4-5 from the free throw line. He was the tallest man on the court and he acted accordingly. His post game was so effective against the smaller St. John Bosco players that he didn’t need to use his jumper much. He finished through contact on many occasions such as the one shown in the video below.

Defense is always one of the most important aspects of a young center’s game, and it is no different for Okafor. He is so special on the offensive end that people usually overlook his defense, which is usually solid. He shows great awareness in terms of positioning on defense. He was very vocal with his teammates on where they should be, which is usually a lost skill on young players. He isn’t the fastest man out there, and is still vulnerable to being beaten off the dribble by quicker bigs. His post defense is his strong suit, as he uses his massive frame to not give up ground. He understands the importance of boxing out and keeping plays alive by tapping the ball out to the perimeter à la Tyson Chandler.

Overall, Jahlil Okafor showed why he is the #1 prospect in the nation. He posses the talent, determination, and intellect to become a force at the professional level. His team ultimately lost to St. John Bosco, however the loss was not due to his play. He finished with 24 points, 12 rebounds, and affected many shots on defense. His team lost because it struggled to get the ball to him in the 4th, but he moved around and demanded the ball as much as he could. Duke coach Mike Krzyzewski is ecstatic to have landed Okafor because he knows the difference an extraordinary big man can make. 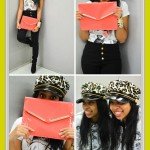 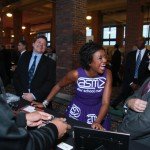