Despite facing a season full of setbacks and challenges, the Sky managed to fulfill the promise of becoming finals-bound.

Led by Candace Parker (player of the game), the Sky have taken down the No. 1 seeded Connecticut Sun to get back to the finals for the first time since 2014. With a score of 79-69, Chicago won two games in a row and won the series 3-1.

Straight from the beginning of the night, Wintrust Arena was buzzing. Sky fans from all over were rooting for the team. Famous Chicagoan Chance the Rapper came through to the game, making good on his word after promising he would show up for Game 4 since the team won in Game 3.

Pretty much everybody was showing love to the city’s WNBA team. The Chicago Blackhawks shouted out the Sky before the game, wishing them luck as they looked to close out the Suns.

Along with the Blackhawks, the Chicago Bulls also showed extensive support. Guard Coby White and forward Patrick Williams were present with courtside seats. Bulls legend and Hall of Fame forward Scottie Pippen was in the arena as well.

From the start, Courtney Vandersloot lit the Suns up from long range, collecting 13 points in the first quarter. A marksman from beyond the arc, Vandersloot connected on all three of her attempts in the opening 10 minutes. She ended the game on a smooth note, recording 19 points, four rebounds, and four assists.

There was a moment in the game when everyone knew the Sky had this win in the bag. Parker, isolated in the post against Alyssa Thomas, palmed the ball in her right hand and went to work.

After surveying the floor, Parker faked one way, drove middle, and spun to the baseline, bucketing a tough left-hand floater over Thomas, pushing the Chicago Sky’s lead to 15.

The crowd went crazy, the players were hyped, and the DJ continued the party, booming “Swag Surfin’” throughout the arena. Shortly after, the buzzer sounded off, and the triumphant Sky players crowded the court to celebrate this grand success.

The Sky have faced numerous trials this season. They started off the season at 2-7, Parker dealt with nagging ankle injuries, and the team placed at sixth in the league, which forced them to earn their position in the first round and win two single-elimination games before moving on to the semifinals. And in her postgame interview, Parker emphasized the challenges of this season, saying it was “hard.”

The Chicago Sky await the winner of the semifinals series against the Las Vegas Aces or Phoenix Mercury, who will play in their final game, Game 5, on Friday. 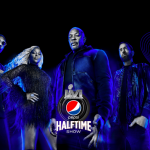 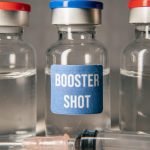