The Chicago Sky are on top of the world right now. After winning the 2021 WNBA Championship last fall, players, coaches, and management finally claimed their fresh, diamond-encrusted championship rings. The team also left the night with a tough win against the Indiana Fever, 95-90.

The night was unforgettable for all of Chicago. Mayor Lori Lightfoot came out to celebrate, WNBA commissioner Cathy Englebert kicked off the ring ceremony, and multiple Chicago bred celebs were in the building.

One of the especially remarkable parts of tonight was the packed Wintrust Arena. It was almost as if the Sky were back in the finals; the crowd was packed, the energy was high, and everyone took notice.

Sky forward Azura Stevens, a vital piece in last year’s title run, was thrilled for the final victory celebration. “It’s surreal – I mean, nothing will replace the moment when we actually won, but it’s a reminder of what we could do last year, and honestly, a reminder of what we want to do this year. So this is like a lot of memories flashing back.”

After the ring ceremony, everyone took a moment of silence for the most recent national tragedy, the school shooting at an elementary school in Texas, and the recent cataclysms in the past month that have unfortunately resulted in many miserable deaths.

Chicago Sky veteran guard Allie Quigley spoke on the recent events. “It’s tough that things like this keep happening and nothing changes… thoughts and prayers are just not enough, and it’s hard to go play a basketball game after so many families are going through the unthinkable.”

Candace Parker, after coming off a historic feat (becoming the oldest player in WNBA history to record a triple-double in a win over the Washington Mystics), continued her consistent excellence, recording 16 points, six rebounds, and seven assists. She also excelled defensively, gathering three steals and three blocks.

Courtney Vandersloot finished with 14 points, six rebounds, and seven assists for Chicago (4-2). Kahleah Copper and Quigley,  each scoring 12, and Dana Evans with 10 points.

Stevens beat the third-quarter buzzer with a basket in the lane to give Chicago a 70-65 lead. After Kelsey Mitchell pulled Indiana within 93-90 with 21.8 seconds left, Vandersloot sank two free throws to seal it.

For the Fever, Mitchell scored 25 points for Indiana (2-7), which has lost five games in a row. Victoria Vivians recorded 17 points and seven rebounds. Emily Engstler recorded her first career double-double with 11 points and 13 rebounds, along with a massive block on the finals MVP, Copper, at the six-minute mark of the second quarter.

The Fever fought strong, but with the constant pressure on the Fever guards Destinni Henderson and Mitchell, they were not able to find many quality shots. In the end, the Sky was able to close this historic night on a high note. 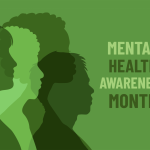