“The Coleman Show, ” directed by Calvin “Caliko” Coleman, is a 10-episodes Amazon Prime series about an aspiring actor, Uber driver and devoted dad. The audience gets to watch him overcome the challenges of marriage, parenthood and success all without losing his dignity. The show is uniquely described as “A not so modern family in a not so modern TV sitcom.” If that description doesn’t pique your interest, I bet the trailer will.

In it, we see this humorous, unapologetically Black family whose dynamic, while obviously exaggerated, looks oddly like my own family and so many other people I know. Two of the standout characters are Bobby Coleman (Cayene Martin), the comedic son and prankster, and  Mahailia (Angelic Prom), the sassy know-it-all daughter.

I recently got the chance to speak with both of the young actors about their roles on the show.

TrueStar.Life: What are you most excited for viewers to see in the show?

Angelic Prom:: What I’m most excited for viewers to see, I guess would be our family dynamic. There’s a lot of shows out on TV where it’s kind of just not what everyone is looking for. But I would say we’re a wholesome Black family and our episodes are filled with laughter, but they’re also with life lessons. Um, I feel like it’s very age-appropriate and very family-oriented so you could sit there and watch it with your baby cousin, you could watch it with your grandma, you could watch it with your uncle. Everyone can gain something from the show. So I feel like I’m excited for viewers to be able to gain something from this show and to be interested to want to see the next season.

Cayene Martin: What I’m excited about is… I’m excited for the viewers to see just how much fun we have on set. Because a lot of the scenes that we do–like Angelic said– were very dynamic in our characters and off-set. So when we were off-set we were like a real family, so most of the scenes just felt very natural to do. So a lot of the scenes are just naturally funny and it’s just awesome to be on set. I want them to see how much we bonded as actors.

TSL: What are some things about your characters that you can relate to?

Angelic: I would just say me and my character are one and the same. I’ve been saying that literally since I read who Mahailia was. Like that’s why I auditioned for this show because we seem so much alike.

Cayene: With Bobby, as you know, he’s a prankster, and I do like to play pranks on my family. But what he does, he likes to taunt his family and joke around with everybody. And I like to crack jokes a lot especially with my family so me and Bobby can really relate on that.

I got the chance to hear even more from both actors during the rest of our interview. It was a great conversation with both of these people whose passion for this show really shines through. To see the full interview click the box below. 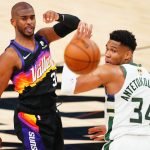 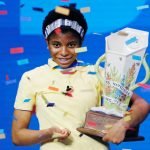