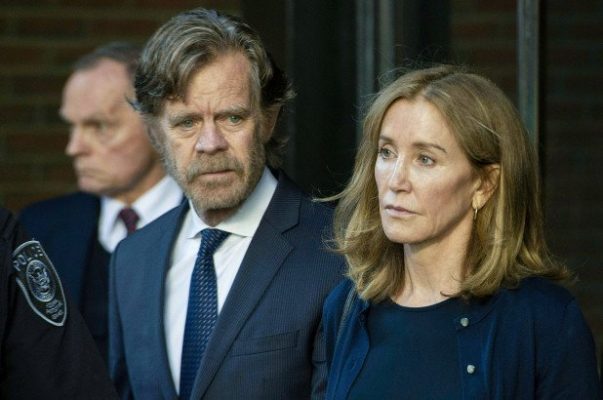 The Varsity Blues college admissions scandal is an example of White privileged at one of the highest levels. Award-winning actress Felicity Huffman is the first in the scandal crew to receive her punishment by a judge. In addition to having to pay heavy fines, she has been sentenced to 14 whole days behind bars.

According to NBC News, Huffman along with her husband will be performing 250 community service hours as well as paying back a fine of $30,000 for their actions. “I was stupid and I was so wrong. I am deeply ashamed of what I have done,” said Huffman. My thing is if you have that much money then you can easily get your child(ren) the resources that they need so cheating won’t even be an option. If people out there who barely have the financial means to just get by have the ability to send their children off to excellent colleges then it should be that much easier for someone with money to be able to do the same. We’re taught in pre-school and kindergarten right from wrong. Why do something that you’ll have to pay the consequences for (literally in this case) later? Just do the right thing from the beginning.

This Varsity Blues scandal disturbed me, but then I got even more annoyed after I did a little research. I discovered that back in 2012 Tanya McDowell, a Connecticut mother, was sentenced to five years for using a false address to place her 6-year-old son in a good school. “Who would have thought that wanting a good education for my son would put me in this predicament?” McDowell said, according to  ctpost.com.

In another case back in 2011, an Ohio mother named Kelley Williams-Bolar, who was originally sentenced to five years but ended up only serving 10 days, was also arrested for lying about her address so her daughters were able to go to a school within a better school district. Instead of the school district being understanding, they decided they wanted to make her pay a $30,000 because they feel as she was taking away from the children who live in the district even though the girls’ father did indeed live in the school district.

The entire reason this Ohio mom even decided to do this was because her home got broken into and she did what she thought was necessary to offer her children the best and most safe option, but the school district officials weren’t being very understanding of that. It seems like they were just trying to make an example out of her.

Why is it that the people who do the smallest things that don’t harm anyone else have to suffer major consequences while people like Huffman, who will begin serving her time at the end of October, get to walk always with only 14 days behind bars? It’s frustrating that this double stand keeps happening and no one is doing anything to stop it. We’re just continuing to let the rich get off with things for the simple fact that they’re rich.

So moral of the story here, I’m tired of the rich and the white being able to get off which such huge offenses while the poor and black continue to be punished for doing what they feel they need to do to get by. As long as the people with all the money don’t have to face serious consequences for their actions, they won’t change their ways. Treat everyone equal. No more double standards.