If you haven’t heard the news already, Kim Kardashian has filed for divorce against rapper Kanye West. This shouldn’t be a surprise considering this has been rumored to be coming for months now. The relationship between the couple has been on the rocks lately, likely due to the mental health of West. It’s unfortunate to see their marriage ending, but it appears to be the best for all involved.

Kardashian and West got married back in 2014 and have since had four children together. The four children have been living with their mother as West has been in his home in Wyoming for months according to CNN. Considering the parents of these children are no longer living together and are splitting, what does this mean for the kids?

The fact that Kardashian and West have been living separately was likely already a difficult adjustment, but things are going to be even more different since the two are completely splitting up. What does this mean in terms of co-parenting and parental rights? Will Kardashian and West be able to manage to get along enough for the sake of their children and have joint custody? Or will Kardashian keep the kids with her and give West occasional visits?

Another thing this divorce has me wondering is will West’s mental health spiral out even more or will the situation force his mental health back on track? As sad as it is to see a couple splitting up, if it’s the best for everyone involved then the divorce is something that needs to happen.

I hope that this divorce will cause Kardashian and West to both be in better mental states. I also hope that they’re able to work through co-parenting and raising their children together in a civil manner. 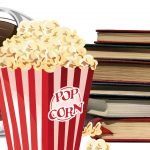 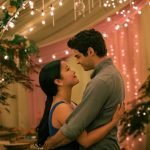