The ability to have a younger audience as well as maintaining your original fans is something that’s a tad bit hard for a lot of artists nowadays. They either gain those new fans and lose their original audience or vice versa. Fortunately there are some artists that are able to not only do both but gain new fans as well. One of those people would be Brandy. Now I’ll be honest I didn’t know what to expect when I knew she was coming to perform, and I didn’t expect that great of a performance from her. But her charisma and vibe not only ignited a great evening for music but it showed me personally that she’s just as good as she ever was.

She kicked off her performance with some of her new tracks that came from her recently released project, but she made sure that she performed a lot of her older hits that many people have grown to love and enjoy. All of this was great but what made me excited the most was the Whitney Houston tribute that she did in her performance as well. It showed me that Brandy is one of those artists that are hungry still to grow and mature despite the accomplishments she already has. That’s a factor that has become lost within the world of music today. Her performance was so great that people like Jennifer Hudson snuck in to see her give a great show. My only disappointment was that she didn’t perform as long as I would’ve liked. Then again her show was good enough for her fans, young and old. And that’s all that matters. 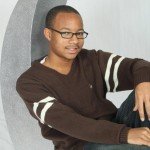 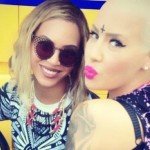