The Food and Drug Administration is hard at work redefining what’s counted as “healthy” in the United States. Here’s what they decided:

An article recently released by the FDA reported that food has to meet a certain level of nutrition to constitute being labeled as a healthy meal. The FDA’s working on a universal symbol to represent “healthy”. This means you don’t have to spend a super long time reading the food labels to find out if something is good for you or not and if you want to eat it.

At least 80 percent of Americans don’t eat enough fruits and veggies, according to a survey done in 2020, but it’s never too late to change your diet! The FDA recommends that you try out eating a bunch of vegetables, fruit, whole grains, low-fat dairy, proteins, and healthy oils. Healthy oils include olive oil and canola. Also, try to eat less super sugary foods and drinks.

The actual definition for the word “healthy” that the FDA came up with is that the product has to have a certain amount of food groups (fruits, veggies, grain, etc.), and the food can’t have too much saturated fat, added sugars, or sodium. This is also coming with an update to the nutrition labels on the backs of packages. Now it has to say if there’s added sugar in the product.

Before, foods like Fruit Loops and Gogurt could be called healthy, even though they weren’t. Now, even different bottled water and sparkly water that are marketed around being healthy can’t be legally called that, because it’s seen as lying to the consumers.

Besides stopping companies from tricking people, why is this a good thing? Well, because tricking people is part of what contributes to heart disease and diabetes – a serious problem in our country. With this new change, hopefully we’ll start to see a decline in the amount of these cases. 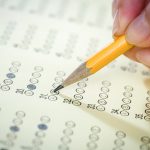