Recently, something big happened to the beloved DC brand. Warner Brothers, the people who had the rights to DC Entertainment, were bought out by Discovery for $43 billion, turning Warner Bros. Pictures into Warner Bros Discovery. What does that mean for the future of our beloved characters’ stories? Personally, I hated the majority of the DCEU’s movies. I’m happy to hear a new beginning is on the horizon for DC’s movies. Apparently, Discovery thinks the same, specifically calling out Superman saying he hasn’t been handled right. Discovery is looking to overhaul DC Entertainment.

They have issued out changes they plan on making, such as appointing a Kevin Feige type leader. Kevin Fige is the mastermind behind the MCU that we all love, and Discovery wants someone similar to run point on their movies, so they can stop putting out garbage and disrespecting our beloved characters. WB Discovery also thinks DC “lacks a coherent creative and brand strategy”. They also issued a statement saying they want more movies like Joker, which I guess is good because Joker was really good, but I don’t want my DC movies trying to copy that vibe.

It sounds like they have real plans to inject some life into the DCEU and I’m all for it. A worry I have is they might try to emulate the MCU, by having all their movies intertwined. I think doing that is committing the biggest bag fumble of all time. DC has shown it’s strength in creating stand alone movies for their characters like The Batman, The Suicide Squad and The Peacemaker show. Either way a new day is on the horizon for my beloved DC characters and as a DC fan I’m ecstatic. 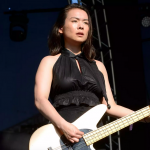 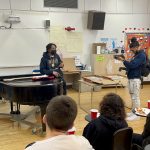