After over five years of getting no Guardians of the Galaxy movies, Marvel recently dropped their holiday special.

Even though Peter’s trauma surrounding his dead girlfriend and Christmas’s past, the special mainly focuses on Drax and Mantis, who hatch a plan to kidnap Kevin Bacon in attempt to cheer up their friend. This 40-minute special presentation has a lot of jokes as is normal for a Guardians film, but also has lots of heavy topics with a certain actor coming back to voice their character who died in the MCU some time ago.

It even has an homage to the Star Wars holiday special. Y’know, the one that came out before you were born that was so bad that no one talks about it. Even still, it’s become a staple in media that James Gunn decided to pay tribute to.

If the relationship between Mantis and Starlord doesn’t interest you, then wait for The Guardians of the Galaxy Volume 3 which is slated for May 5th, 2023. It’s the last one in the franchise, and will probably have everyone in tears by the end of it. Characters like Drax and Rocket will likely be explored heartbreakingly more in it.

“The Guardians of the Galaxy Holiday Special,” now streaming on Disney+, has lots of laughs, tears, and generally wholesome moments. It’s nice and short compared to the latest MCU film, Wakanda Forever, which was around three hours long. They even teased more specials coming from the Guardians further down the line.

What was your favorite moment from the special? Are you excited for Volume 3? Let me know! 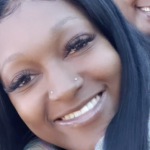