From a pro NFL player, to a father, to a MLB player, to a high school coach, and now a head college coach! PRIME TIME Deion Sanders has been on the roll ever since the lights touched him! Leaving being a high school coaching job was one of the hardest tasks for Sanders to take but he was ready. By taking the stand at Jackson State University and announcing on September 21st he promised the community, fans, coaches, and the players that a new day-a new age was on the rise for JSU!

From his first day debut as the official head coach he drew a lot of teenagers’ attention. Gaining some of the top student-athletes across the nation and even having some kids transfer out of SEC (South Eastern Conference) schools. Notable mentions, Javorrius Selmon, a freshman from Mississippi State, and even his own so–Shilo Sanders–from South Carolina, and many more. Soon enough the hype began to build around the program. Their publicity and swag began to get noticed but people still weren’t putting respect on their name. To add on, Sanders even showed the apparel that they were going to wear this season–showing the flashy side of him!

Fast forwarding to now, on Sunday, the Jackson State Tigers had their first big win of the spring season 53 to 0 against the Edwards Waters Tigers. I guess they showed them who the real tigers were. Before the game Sanders was too hyped, doing his infamous dance and even warming up-doing laps and stretching as if he was actually playing in the game himself. One of his close friends and former teammate, Troy Akimam, came out to support Sanders’ debut in his first collegiate game. Sanders made an Instagram appreciation post towards Troy saying, “My man @troyaikman showed up to Veterans Memorial Stadium to watch some @gojsutigersfb today and brought me to tears that he would come to support me and my dream after a difficult week regarding weather in Texas & Mississippi.” True friendship at it’s best.

Now since Sanders has conquered Jackson State’s first win in the spring season, with a shutout, will they live up to the hype? Could they possibly continue the winning streak? Will they win against Mississippi Valley State this upcoming weekend? Will Jerry Rice-a notable alumni and NFL player-attend the game? So many questions. Message me and let me know what you guys think. 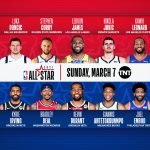 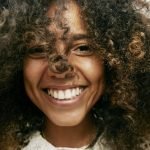