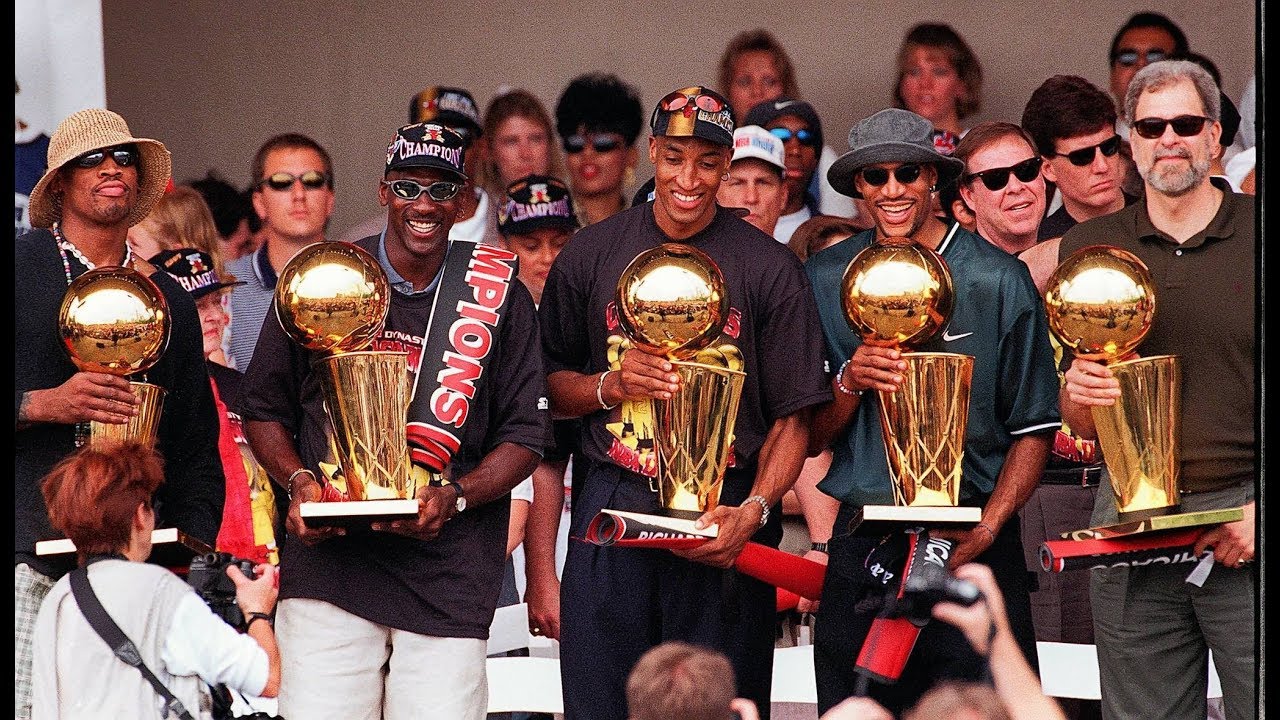 Just like that, five fast weeks have concluded on giving us exclusive footage and insight of the 1990’s NBA Chicago Bulls team led by the legendary Michael Jordan. These last two episodes were sentimental as the former team players reflected on some of their last games playing together before they were broken apart.

If you haven’t watched this documentary series on Jordan or have missed a few episodes, don’t worry! ESPN has included all the episodes on their app and the documentary can be streamed outside the U.S. on Netflix. Also, you could always google and search for the full free episodes if you didn’t want to take up those options.

The iconic “Flu Game” was analyzed and critiqued by Jordan, but as it turns out it was actually food poisoning. Despite five delivery boys dropping off the pizza for Jordan, he still ate the pizza and hours later felt as sick as possible. However, this is the moment where Jordan has gained hundreds and thousands of fans and other NBA player’s respect as he completely dominated his opponents regardless of his illness.

Although Jordan isn’t a Chicago native, his love for the city is extremely prevalent as he expresses his vulnerability throughout the last episode. “The one thing I do know is my heart, my soul, my love has always gone to the city of Chicago. And I do know, no matter what happens, my heart and my soul, and my love will still be in the city of Chicago,” Jordan said at a rally to countless Bulls fans.

Another quote that stood out by Jordan was “All you needed was one little match to start that whole fire” and that’s exactly what happened when he arrived on the scene. The Bulls starting five during the “The Last Dance” dream team couldn’t be touched as their skill sets and passions for success were the ultimate domination that many fans had never seen before.

What I admired about Jordan throughout this documentary is that he acknowledged his star power presence on and off the court, but he always made sure to credit his teammates excellence as well. Numerous debates and critics love to slam Jordan calling him a “tyrant,” an “asshole,” or even “cocky,” but he responded to all those remarks by winning six NBA championship rings. Isn’t that what every basketball player could hope to achieve?

Jordan’s mythology of life and how to achieve success at whatever you desire within your craft is something that can be analyzed and taken away from anyone. His mythology doesn’t just apply to basketball, but it applies to everything. The power of manifestation and persistence is shown true within Jordan’s spirit and the Bulls team as we witnessed their moments of history.

Due to this documentary, Jordan’s respect level has definitely increased among his fan base and across the world. However, thousands of other fans and critics have probably made their other opinions about him. Regardless, it’s not going to matter to Jordan. Why? His attachment of emotions to what other people thought of him had to be cut in order to be the best. And I think that’s one of the most important aspects to apply in life.