The internet horror series that plagued your childhood is now back, and better than ever!

Don’t Hug Me I’m Scared was an early 2010’s web series made with a combination of stop-motion, puppetry, and animation. It took on the appearance of a children’s show with three Sesame Street-esque characters known as the Red Guy, Yellow Guy, and Duck, who meet new teachers every episode to teach them some sort of moral lesson for kids, like creativity or time or eating healthy.

The kick is that the episodes slowly morphed and degraded into nightmarish nonsense, with gruesome imagery and horrific amalgamations. The story, ultimately, was about Red Guy, Yellow Guy and Duck trapped within some sort of cursed playworld and their goal to “break the fourth wall” and escape, more or less.

Exclusively premiering (as of now) on Channel 4, also known as All Four, the show had been in development for years now– it even got completely scrapped and started all over again. But now we have six new, 20-minute episodes instead of the normal 6-7 minutes on YouTube.

The series doesn’t deviate from horror at all. In fact, it excels in creating a horrid atmosphere with existential themes and terrifying visuals. The best part is that the characters and the world are more realized – we sympathize with them a lot more than before. And there are always the occasional moments of endearing levity. 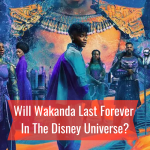 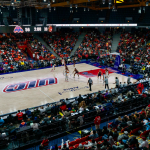