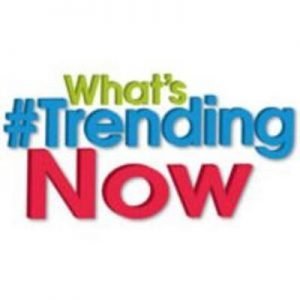 It is no coincidence that a vast number of teens would much rather use Snapchat rather than Facebook, and it’s not because Snapchat is newer than Facebook and we’re always ready to jump on the new trend; it’s because the newly released social media comes correct and serves a purpose previous social media platforms did not. Teens 14 and up are the now generation. We want to see what you’re doing RIGHT NOW, not 10 minutes ago. We want to talk about what’s popular in this moment, not what was popular yesterday. Yesterday is decades away to us. If I saw a post on my feed 5 minutes ago, it’s long gone from my feed and my mind. Nearly half of young people aged 18-24 say that Snapchat is their favorite social media, and a third say it’s Twitter, according to Business Insider.

The difference is that apps like Twitter and Snapchat focus on the right now. The trending topics page is Twitter’s biggest accomplishment. It allows you to see what people around the world are talking about in real time. This trending topics generator allows live interaction and conversations, often consisting of millions of people discussing the same thing.  There is nothing that speaks to our generation more, well except Snapchat.

Snapchat is revolutionary. See Twitter gives you the trending topic of that time, but you can always go back and see what was trending and get caught up. But with Snapchat, if you missed it, it’s your loss. Every post or message sent through Snapchat expires in exactly 24 hours from the moment it was posted- no exceptions. This means that you always have to be on there watching, because you don’t want to miss it. I cannot tell you the social pain felt when someone says “Did you see (insert name here) Snapchat?” and you haven’t seen it and the 1 day mark has passed.

Snapchat is honestly the savior of social media. Before the app burst onto the scene, I thought Instagram and Twitter were the perfect social duo and we’d found the perfect combination. I was wrong. Have you ever wondered why people’s Instagram is full of mostly selfies or pictures of them at a certain location or with certain people? Even if you did capture a moment and post it on the gram, by the time it’s uploaded and edited, that moment has flown away. Snapchat is live, with no editing features, just fun filters or location and time, with only at most a 10 second delay between the time the moment was captured and the time it was posted. There’s been so many times I wanted to post something to Twitter or Instagram but ended up not doing it because people who saw it an hour, or the ever so far away 2 days, from now wouldn’t get it. I know I am not the only one who’s gone through this… that’s where Snapchat came and saved the day. You can post that moment and capture a glimpse to share with the world instantly.

It’s evident that this is the way social media is going because live streaming and notification of Youtube videos has become much more popular. Why? Because we gotta see it right now not the next day. About 4 years ago, Ustream launched,  and it was a live streaming platform. Here we are in 2016, Periscope, created by Twitter, is on and popping and it’s exactly like Ustream. The only difference? Periscope live streams are deleted after 24 hours. I think you get my point. We are a RIGHT NOW generation of users, capturing a moment while it’s happening is the social media millennial movement. So Facebook, stop telling me to look back on what happen 6 months ago, to us, it sounds as if you want us to look at when dinosaurs roamed the Earth. 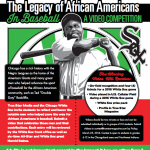 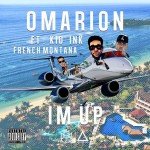