This week, former President Barack Obama and former first lady Michelle Obama revealed their official White House portraits during an emotional ceremony at the White House. This was their first joint visit since they left office in 2017 and the return of the Washington tradition was last celebrated 10 years ago. The reason these portraits stick out is because on the contrary, other US presidents and their spouses are depicted of white faces only. This is history in the making for poc.

President Obama’s portrait was painted by Robert McCurdy and Michelle Obama’s portrait was painted by Sharon Sprung. In an interview with the White House Historical Association, McCurdy described his process as working from a photograph of the former President. He added this painting against a white backdrop which is his signature style and usually takes at least a year to complete. The image depicts Obama in a black suit with a gray tie.

Sprung describes her process as “contemporary realism.” This painting showcases Michelle Obama in a light blue dress sitting on a sofa in the Red Room of the White House. She painted this artwork by using photographs that were taken in different locations on the White House’s State Floor.

Understanding that representation like this matters is a very vital subject to comprehend and the former President and first lady are aware. Obama noted that he hoped future generations looked at these portraits and got a better and honest sense of who he and Michelle were. Obama said, “And I hope that they leave with a better understanding that if we could make it here, maybe they can too. They can do remarkable things too.” 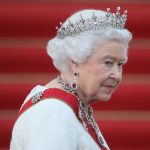