Fellow True Star writer Darien Boyd  and I just finished up our story on Day one of the 2014 Chicago Elite Classic (CEC) for the sports section of the next issue of True Star Magazine. While putting the finishing touches on the story, I couldn’t help but think about the great games I have seen at past Chicago Elite Classic events.

While reminiscing on those past CEC games I flipped through the pages of the latest issue of SLAM Magazine. I was shocked to see two faces I definitely remember from the 2013 CEC in the “Punks” high school basketball section. The two tall figures with familiar faces turned out to be Las Vegas basketball program Bishop Gorman’s Stephen Zimmerman and Chase Jeter. These two players are household names now, with Jeter committed to Duke and Zimmerman fielding offers from plenty of high-major programs. But when they faced off against Cliff Alexander and Curie in 2013 they were young upside players faced with the tall task of stopping one of the nation’s dominant big men.

In the ’13 Curie vs Las Vegas Bishop Gorman game Zimmerman and Jeter combined for 16 points and 22 rebounds, while Alexander had 22 points, 20 rebounds, and five blocks in a close four-point victory. Curie dodged a bullet in this game, as Alexander almost wasn’t allowed to play by the IHSA. The ridiculous performance was a launchpad for Alexander’s amazing senior year, and it showed that while Jeter and Zimmerman had promise, they weren’t ready yet for the big-time.

Fast forward to January 3rd, 2015 and things have changed greatly for Zimmerman, Jeter, and Alexander. Cliff Alexander turned his wonderful high school career into a scholarship from Bill Self and Kansas University. And although he is still one of the top NBA prospects, he has struggled with the transition to the college game. In about 18 minutes per game Alexander averages 8.2 points, 5.2 rebounds, and 1.3 blocks. His defense is still his calling card; but Cliff can’t overpower his defender on offense like he used to in high school. Without a reliable outside jump shot it will be awhile before Alexander is a polished offensive threat.

Chase Jeter and Stephen Zimmerman are in a position now that Alexander is familiar with. They are both premier post players in their class. But Alexander made Curie a household name; Las Vegas Bishop Gorman already had a history of success. Jeter and Zimmerman built on this success, winning state titles ’13 and ’14. If the duo can win a state title this year it will be three in a row for them, and an unprecedented four state titles in a row for Bishop Gorman.

In the end all three of these athletes will probably go on to have great NBA careers. But on that day in history Cliff Alexander totally imposed his will on two young players who have the skills to follow him to the pros. And it was a great game, as well as a great performance from three talented athletes who will definitely be a part of basketball’s current “big man revival” era. 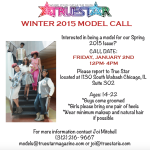 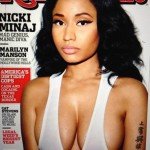