After the first special of season three dropping on October 15th, it immediately leaves “Owl House” fans wishing the other two weren’t months away, but more than that, it leaves you wishing even more that Disney hadn’t effectively canceled it.

Season three will be made up of three forty minute specials, with the first called “Thanks to Them.” Thanks to Dana Terrance and her crew for making such an amazing animated show! This episode, is expected to be the darkest of the show, with the main characters at their lowest point after a heartbreaking season two finale. It does a great job of addressing all of the trauma that they have, especially for Luz Noceda, the main character, but it’s not without its happy moments, like in the intro with Luz coming out to her mom as bi. As her friend showers the screen in bisexual flags, it gives: “What’s Disney gonna do, cancel the show more?”

Because that’s basically what they did. They canceled it after the first animated same sex kiss on screen ever aired on Disney XD. This isn’t confirmed by any means, but Terrance has made it obvious on Twitter.

However, before season three dropped, Terrance said on Twitter that she wished fans wouldn’t come into the new season with a defeatist point of view. They can still finish their story. It sucks what happened, but they make do with the cards that they’ve been given, and based on the first special, this is going to be the most amazing season yet. It’s okay to be mad at Disney, but come into “The Owl House” with an open mind. The quality, with just three episodes to wrap everything up, might surprise you.

The next special will air in early 2023. Let me know what you think of the new season so far! 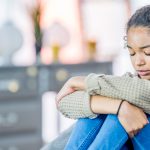 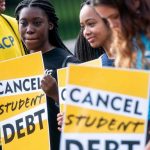