With everything that has been taking place regarding the Black Lives Matter movement, we’ve witnessed many companies and celebrities come forth to show their solidarity. The creators of Ben & Jerry’s ice cream were even arrested for participating in a protest. While some of these actions have been genuine, there are others that haven’t been. It can sometimes be hard to identify or understand, but some celebrities and companies have been doing what is known as performative activism. Performative activism, for those who may not know, is activism done to increase one’s social capital rather than because of one’s devotion to a cause. It is often associated with surface-level activism.

We’ve witnessed companies like Netflix take part in this form of “activism.” While it is nice that they redid their home page to show films that deal with the struggles of African Americans in hopes to educate people, it’s not enough seeing as though that display of support only lasted for a short while. Even companies posting on social media about how they respect their Black costumers and that “Black lives do matter” to them too seemed forced. Caucasian celebrities simply posting on Instagram about how (1) heartbroken they are over these situations and (2) how they were so taken aback that they couldn’t say anything at the moment, or (3) how they take responsibility for the wrong of their ancestors seems very dramatic and unnecessary. 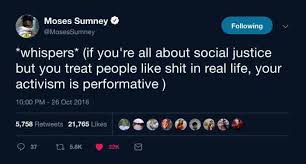 Lloyd Maxwell, an incoming freshman at Howard University, was annoyed by the fake activism. “I personally feel like if you don’t care, then say that. You don’t deserve a platform of people where their problems don’t concern you,” he said. “Trying to act like you support stuff that you actually don’t is pointless. If they want to donate then that’s appreciated, but if you don’t genuinely care about the issue and you’re doing it as a ploy to keep your fan base, then that’s just wrong.”

I completely agree with Maxwell. Out of respect for the Black community, please don’t take part in performative activism. Speak up with us because you care, not because you care about how you will be perceived. If you don’t want to speak on the issues at hand, that’s fine too, but you can take part by donating and sharing petitions. Be sure to do your research on the information you share. Here is a good place to begin if you are interested in helping. This site is also a good resource to have. 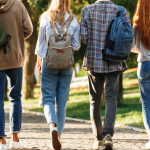 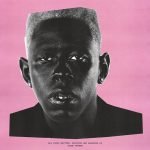