Have you ever been kidnapped by killers? Been in a CRAZY car chase? How about fighting off dangerous, blood-sucking vampires?
Yeah, me neither.

But Zion Broadnax has! This 11-year-old growing superstar portrayed the role of girl boss Paige Jablonski in Netflix’s original movie Day Shift starring Jamie Foxx, Meagan Good and Snoop Dogg. The movie follows the life of Bud Jablonski who is working to provide a stable life for his daughter using a pool-cleaning job as a cover for his work hunting and killing vampires.

Broadnax, who plays Foxx’s daughter, LOVED working on this project, as it was unlike anything she had ever worked on. We had the chance to talk with the outstanding actress, learning more about her career, future goals, and experience working on the movie!

“I’ve, of course, never done any of these things. I’ve never slayed vampires, I’ve never went in a cave, I’ve never been kidnapped…and the experience of the whole thing was amazing,” said Broadnax about her work on Day Shift. The on-set experience with the cast and crew made every task even more memorable. She reminisced about on-set memories, explaining how although she was one of the youngest working on the movie, she was still able to connect with everyone, building family-like relationships with many of the actors and crew members. “…Being on set with Jamie cracking jokes, bringing his boombox; sometimes he’d just be on set playing music and we all start dancing. It was really great!” 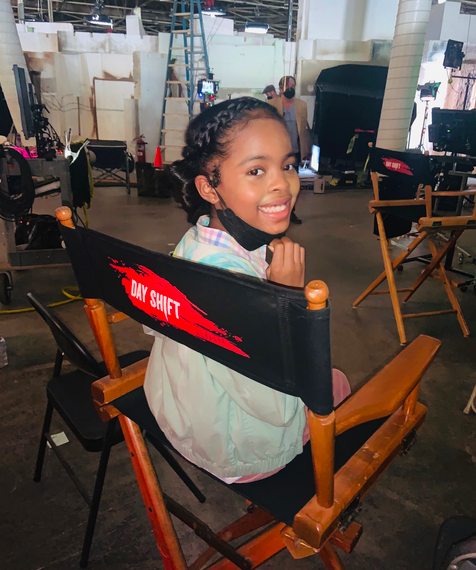 Although Broadnax may be young, she has some big career goals. She has a newfound love for action movies and would love to participate in more, and maybe even join the Marvel Cinematic Universe! “After Day Shift came out, I got a couple emails from fans saying that they could see me doing the live-action Moon Girl. And I was like, I could see myself doing that too…so
probably doing a live-action movie for Moon Girl [in the future].”

Zion Broadnax is truly a force to be reckoned with, and a name to look out for. As the queen of Day Shift, mark my words, she will soon be taking the world by storm!

Just a girl from Chicago who creates things for a living! 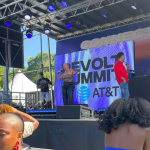 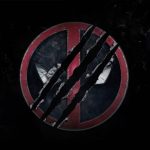