Sha’Carri Richardson, a U.S. sprinter, has come to social media in search of answers following Russian skater Kamila Valieva being allowed to compete in the Olympics following a failed drug test.

Valieva’s drug test was conducted in December 2021 but the positive result didn’t get released until one week ago. Valieva tested positive for trimetazidine, “a drug used to treat angina and other heart-related conditions,” according to NBC Olympics. Trimetazidine, also known as TMZ, is banned by the World Anti-Doping Agency as it’s a performance enhancer.

It is claimed that Valieva “accidentally” ingested a contaminated product from her grandfather who takes the medication for heart issues, according to USA Today.

This isn’t the first instance of a Russian athlete being found with this drug in their system. Russian bobsledder Nadezhda Sergeeva tested positive for the same drug and was disqualified only two days before her race. Olympic viewers feel that the same punishment should have been applied to Valieva.

“It’s not fair that [Richardson] was not at all allowed to compete but [Valieva] was,” said Tiernan Perry-Stephens, a Morgan Park High School alum. “They were both reprimanded, but not fairly.”

Instead of receiving the same punishment as Richardson and fellow Russian athlete Sergeeva, Valieva was cleared to compete though “no Olympic medals will be awarded at the women’s singles event on Thursday if she finishes in the top three,” said CNN Sports.

Richardson was favored to win the 100-meter run but couldn’t compete due to a failed drug test resulting in a one-month ban. The ban was set to end before the end of the Tokyo Olympic Games, but Richardson was still excluded from being on the team and competing. She took to social media to express her feelings.

Failed in December and the world just now know however my resulted was posted within a week and my name & talent was slaughtered to the people.

Can we get a solid answer on the difference of her situation and mines? My mother died and I can’t run and was also favored to place top 3. The only difference I see is I’m a black young lady. https://t.co/JtUfmp3F8L

It’s all in the skin

Richardson was found to have cannabis, a non-performance enhancing drug, in her system at the time of her drug test.

Will the International Olympic Committee do the right and fair thing in the end? The way things are going, it doesn’t look likely. 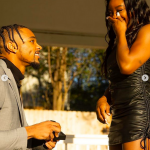 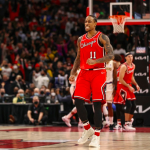