The Chicago Sky (5-3) in a finals rematch against the Phoenix Mercury (2-7) win at home in a tough battle, especially nearing the end, 73-70.

The Phoenix Mercury, behind a Diana Taurasi ejection with 3:43 left in the second quarter and a poor shooting night, suffer their sixth straight loss, the team’s longest slide since 2012.

Phoenix visibly struggled to get any shots to fall in the first half as they ended the half down seven while shooting an abysmal 33 percent from the field.

But in the second half, things started to change for Phoenix. After the Taurasi ejection, the Mercury settled down and came onto the court with a vengeance. Phoenix started off the quarter down ten but went on a 14-6 run and rallied in the third quarter, scoring 31 points on shooting 72 percent from the floor.

After the game, first-year Mercury head coach Vanessa Nygaard spoke about the Taurasi ejection. “Her whole arm is scratched up and bleeding. Dee doesn’t get any technicals she doesn’t want, but that was a lot,” Nygaard said. “That was out of line. If she is physically bleeding, there’s blood dripping off of her, and it’s not a foul, and you expect her not to be upset, and she’s hit multiple times before, and she’s officiated in a different way. I don’t really get it. … I’ll let my players know they can draw blood, and a foul won’t be called.” 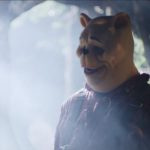 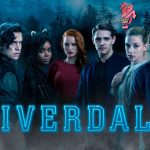