In a recent game against the Phoenix Mercury, the Chicago Sky started the game out hot going on a 23-5 run in the first quarter ending 32-12. As it started to look like the game was going to be a blowout for the Mercury they battled back in the second quarter going on a 20-3 run.

Mercury played tough defense reaching a season high of 13 steals, four of them coming from Skylar Diggins-Smith who tied her season high with four steals in one game. Unfortunately for them, this wasn’t enough as Mercury could never get it going on the offensive side. The team had 18 turnovers and their leading scorer, Diana Taurasi, only put up two points shooting 1 for 6 on the court.

Diamond Deshields, a former Chicago Sky player, and Diggins-Smith were the ones getting it done on both sides of the court with Deshields scoring 21 points and Diggins-Smith putting up 25 points, putting her at the 4,000 mark for career points scored.

Chicago is heading into All Star weekend strong. The Chicago Sky currently stands at 15-5, number one in the eastern conference. All Star weekend is scheduled to take place July 8th-10th in Chicago at the Wintrust Arena. The Sky have four players voted in to participate: Candice Parker (starter), Emma Meesseman, Courtney Vandersloot, Kahleah Cooper, with James Wade being named a coach for the WNBA All Star weekend. 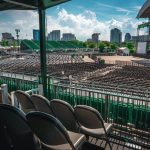 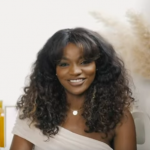