This year has been a great year for movies. I haven’t seen all of them, but the money speaks for itself. The top 6 best worldwide grossing movies, according to Box Office Mojo, are as follows:

Black Panther: Wakanda Forever made $805 million worldwide, and it’s clear why. It’s a tragic, action-packed sequel that not only naturally progresses the original story and explores new cultures and expands worldbuilding, but also pays tribute to the contributions of the late Chadwick Boseman. This movie will hold a special place in my and many others’ hearts.

Minions: The Rise of Gru is the sequel to the original Minions movie. It follows the Minions becoming the henchmen of young Gru and their eventual rise to fame and villainy.  It made a little over $939 million worldwide. It was also the origin of the great “Gentleminions” trend online, in which people would dress in nice suits and clothing and make a ruckus during the screenings.

Avatar: The Way of Water is the anticipated sequel to the original box office dominator, Avatar. James Cameron is back to give us a brilliant and gorgeous film following the story we’ve come to know. Avatar 2 made around $889 million worldwide.

Doctor Strange in the Multiverse of Madness is a fun and enjoyable ride that seems like it was taken directly out of a comic book from a past time (which it kinda was!). Making over $955 million, it was one of the better films from the Phase 4 MCU lineup and a great breath of fresh air from the TV shows Marvel’s been pumping out.

Jurassic World: Dominion is the epic new installment of the Jurassic World series, tackling the nature of dinosaurs and humans now co-existing in one shared world and ecosystem. Making a staggering $1 billion across the globe, it wowed audiences and gave us what seemed to be a great conclusion to the franchise, or so we think!

And of course, to no one’s surprise, Top Gun: Maverick explodes onto the scene, taking the equivalent of a sledgehammer and obliterating the box office, grossing over $1.4 billion worldwide. And for good reason! It maintains the essence of the iconic original while maturing its characters and giving us a story to be invested in. I watched the movie and found it thrilling.

Personally, I feel like this year’s given us a ton of great films. They had heart, ingenuity, but most important of all, passion. A lot of movies this year have broken that mold that Hollywood seems to create, giving way to new ideas and fresh, breathtaking mediums.

Do you think these movies deserve to be successful? Which is your favorite? 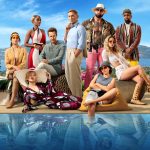 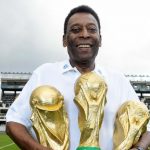