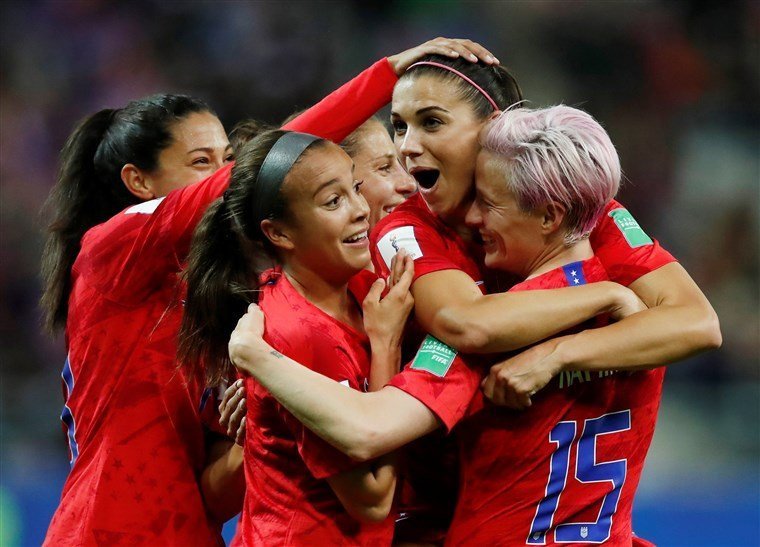 The Women’s World Cup is currently taking place in France and it’s been a hot start for our very own U.S. team. I’m sure many have heard of player Alex Morgan, as she is a true sensation. So far, the team is perfect, having won all of their games.

It all started on June 11, when they faced off against Thailand. It was their first game of the World Cup and everyone expected the US team to win, but now by such a huge margin. The end result was 13-0, yes you read that right, 13 to zero. Morgan scored five goals herself to help the team rally to an easy win. Thailand literally had no chance from the very beginning. They then played against Chile and also ended up winning that one. Although it wasn’t 13-0, they won 3-0 which is still a good win. On the third match-up in their group, they played Sweden and won it as well, 2-0.

From this point, no one had scored on the U.S. team and they truly seemed unstoppable. Then came Spain, who really gave them a hard time during an elimination game. The U.S. won 2-1, with both goals coming from penalty kicks from Captain Megan Rapinos. It was the first time the whole tournament that they’ve been scored on, and if it wasn’t for the penalties, then who knows what the score would’ve been like. The next time they play is Friday, June 28 in the Quarter-Finals against the team hosting the whole tournament, France. Let’s hope they pull it off and give the U.S. another chance at another amazing title, the World Cup.