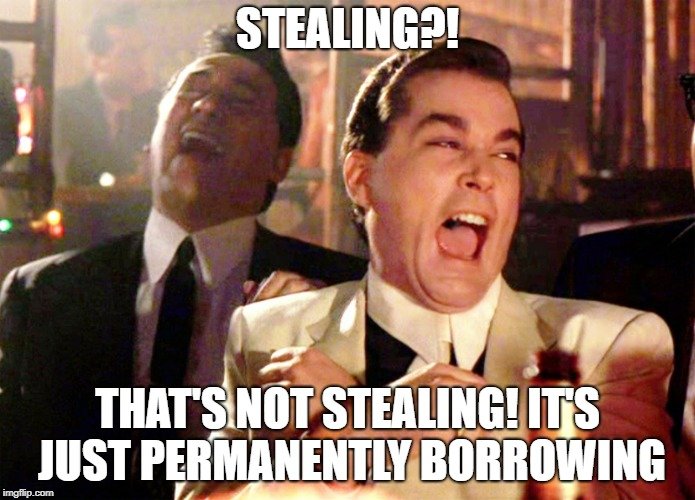 There are no written, law abiding rules when it comes to borrowing something from a friend or family member, but there should be. With borrowing comes responsibility and if you aren’t willing to follow these rules below, you shouldn’t be borrowing anything.

Return whatever you borrowed.

The whole purpose of borrowing something is to return it. If somebody decides to trust you with something that’s theirs, the least you can do is give it back in the condition you got it in. Don’t slow drag to return it either. The person you borrowed from should never have to ask you when they’re getting their stuff back.

Replace it if damaged or lost.

This should be a given, but if you somehow damage somebody else’s property in any way, you need to replace it, like ASAP. I’m sure you’d be pressed if somebody messed up something that’s yours and you would expect them to either replace it or reimburse you. Also, don’t expect anybody to let you borrow something from them again if you messed up or lost something of theirs.

Treat it as if it’s your own.

You know how you treat something you spent your hard earned money on? You protect it with your life. Okay, maybe I’m exaggerating, but you get my point. You should use that same care with someone else’s property to make sure nothing happens to it.

Don’t ask to borrow things that are new.

Give the person a chance to use their things first. I’m sure you wouldn’t appreciate somebody being thirsty to borrow something you just got and barely had a chance to even look at good before they started pestering you.

Hey lender, be willing to say no.

If you don’t trust the person do the asking or if what they’re asking for is something you aren’t willing to share, learn to say no. It’s great to be kind, but it’s also okay to tell people no. Remember, these are your things. You aren’t obligated to let someone else use them.

I would like to think these things are common sense, but from lending out things I’ve learned this isn’t really the case. Keep these tips and suggestions in the back of your mind when you decide you want to ask for or lend out something. Happy borrowing!