Taylor Swift album, Midnights, has been in the world now for a bit and I have thoughts.

Midnights is interesting in the fact that it’s a concept album, an album featuring a cycle of songs expressing a particular theme or idea. In advance of the release, Swift stressed that this project’s central idea/concept was 13 different tracks that are about 13 different restless nights she’s had over the years.

As a self-proclaimed Swiftie who’s obsessively listened to nothing but this album since its release, I finally feel that I’ve digested it and its concept enough to sit down and give a proper ranking of the five “best” tracks.

Cutting these thirteen amazing, dynamic, and unique songs, down to five was hard, but it’s time and I’m ready.

Just know that if I could somehow rank all 13 tracks as number one, then I would, but here we go.

“’Cause karma is my boyfriend

Karma is a god

Karma is the breeze in my hair on the weekend

Aren’t you envious that for you it’s not?”

“Karma” is a fun, upbeat track about being a good person and enjoying that good karma that comes back for you. Though I’ve seen people claim that many of the lyrics on Midnights are weak in songs like “Karma,” I disagree. “Karma” has earned its spot on this list just for making me happy because sometimes it’s okay to listen to music that’s not all that deep and just makes you want to strut and twirl and dance. Besides, this track feels a little shady with that last lyric and I’m always here for that in music.

Weird but it was beautiful

Flying in a dream

Stars by the pocketful

When this track was first announced in the promotion camping leading up to the release of Midnights, the excitement from fans was staggering. Lana Del Rey and Swift on one track? Oh this would have shaken Tumblr back in the day and it shook up Twitter now.

Then the album came out and fans listened to “Snow on the Beach,” only to realize that Del Ray didn’t have her own verse, but rather was backing vocals to the track. There was a rippling wave of disappointment, me included in it. But once I finally got past that and re-listened a few more times, I could see how beautiful and scenic the song really is. Del Rey and Swift’s vocals combined made for an angelic love song that I could see playing at the back of any dramatic kissing scene, and for that, it gets the number four spot.

“From sprinkler splashes to fireplace ashes

I waited ages to see you live

I searched the party of better bodies

Just to learn that you never cared

You’re on your own, kid

You always have been”

This track was a grower for me. On the first listen, and the second, and maybe even the third, I didn’t realize just how stunningly sad the lyrics and production were. But once all of that finally settled in, YOYOK shot to the top of my rankings. The central point is that one line, “You’re on your own kid, you always have been.”

That feeling of loneliness, of wanting someone to take care of and love you is beautifully written on this track.

“Rain, he wanted it comfortable

I wanted that pain

He wanted a bride

I was making my own name

He stayed the same

The production of this track is something that stands out so uniquely against all of Swift’s work, previous albums included. It’s experimental, sort of dark, and very vulnerable for the artist as she explains is the reason one of her past relationships ended. This is a great song for a number of reasons, but it sits at number two purely for being brave enough to be what it is.

“They said the end is comin’

Everyone’s up to somethin’

I find myself runnin’ home to your sweet nothings

Outside, they’re push and shovin’

You’re in the kitchen hummin’

All that you ever wanted from me was sweet nothin”

Sweet nothing has loyally stayed my number one and favorite tack since that very first listening of the entire album. Production wise, it’s pretty simple compared to the rest of the album, but maybe that’s why I love it. That and the lyrics. Sweet nothing is as the name implies, a sweet song about her current boyfriend and how their love is nothing but love, no strings attached. Compared to her past heartbreak and love songs, you can truly hear Swift’s maturity and relationship growth in this song. It makes me feel like a proud mother to this 32-year-old woman.

From the jump, I was personally really excited about this album because it’s a new Swift project obviously, but also because of this unique concept, it embodies. And it did not disappoint, this felt like one of Swift’s most vulnerable and relatable works. It’s made me sing, dance, cry and laugh.

Is it too soon to call it the album of the year? 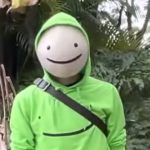