It’s time to take a trip down memory lane. Growing up we had some timeless bops, especially when it came to R&B. If you’re from Chicago you know your folks would have V103 bumping with some of these. You may have forgotten a few so let’s jump right in.

Say iconic without saying iconic. This song is just that. Though it was released in 2005 Keyisha Cole had us and STILL has us singing this song to the top of our lungs as if we got our own hearts broken.

Ashanti popped off with this and she knows it. One of her most well known songs that has us singing like we’re in a back and forth relationship with someone. Definitely one of my favorite songs to this day.

This song definitely is the embodiment of self-love and most importantly Black Girl Magic. Reminding folks that you aren’t like others–you’re a gem.

If this song doesn’t remind you of Saturday morning then I don’t know what to say. In my opinion, it’s one of the most beautiful songs out of Maxwell’s discography. If you haven’t listened to it in awhile I highly recommend you crank it up.

From his 2001 album The Life, Ginuwine brought emotions to this track. This is a song that you can definitely dedicate to that “special one.”

I hope these songs took you back to a joyful time in your life, even if it was only for a few minutes. Go turn these bops up and enjoy! 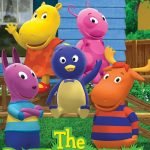 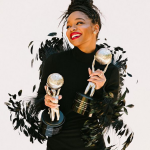