Black excellence is at it again. But honestly, when has it ever stopped? Never. It just keeps getting better.

With the graduation season taking place, it’s always refreshing to see how the Black people continue to thrive despite any odds set against them. Every year, I love seeing the individual unique styles of how undergraduates take their pictures and what themes they often go for. As well as the viral photos from different universities of students repping their HBCU or PWI university proudly.

Therefore, the story of Tianna Shaw Wakeman, the first Black valedictorian in USC’s history was beyond inspiring. The University of Southern California is one of the most illustrious and highly respected universities in the country. An acceptance letter from this University, for undergraduate or graduate programs, is considered to be a massive accomplishment when comparing the acceptance rates and highly competitive applicants that the university receives every year. Wakeman has helped change the standards of USC by making her mark in the university’s prestigious history.

Tianna Shaw-Wakeman, USC’s first Black University Valedictorian. "[T]his revelation stands as a testament, albeit small, to both how far we’ve come as an institution, as a country… and how far we have to go." pic.twitter.com/I8XTKScImz

Wakeman has earned her bachelor’s degree in psychology from the USC Dornslife College of Letters, Arts and Sciences and her master’s in social entrepreneurship from the USC Marshall School of Business. During the recent USC commencement, Wakeman didn’t fail to remind other  graduates and onlookers that Black excellence is continuing to break barriers among previous restrictions set in society. “This revelation stands as a testament, albeit small, to both how far we’ve come as an institution, as a country … and how far we have to go,” Wakeman said.

Graduating at the top of your class from a prestigious university will always be incredible, but as a minority, to earn that highly respected title gives a sense of change that continues to brew for future generations. Ideally, as the years go on, I hope that it would be considered the “norm” for a Black person or minorities to be recognized for accomplishments such as these like their counterparts. I also hope that it won’t be considered a “surprise” or that there were several Black successors even before them. Wakeman has definitely paved a way for other Black students at USC and I can’t wait to see how the impact will continue next. 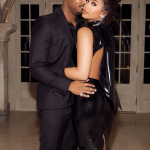 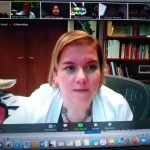