As a long-time card-carrying “Sweet T”, the biggest release of the summer for me has been Tinashe’s 333 record. Seeing her flourish as an independent artist free of restrictive labels and societal pressures, the multi-faceted artist has thrived through making her own lane. Employing all of her talents during this album cycle (singing, dancing, producing, directing, just to name a few), Tinashe is sure to establish a name for herself based on the merits of her artistry alone. Here is my track by track breakdown of 333!

Let Go: This shimmering opener sets a vivid stage for the album, as does the cover. A combination of lush nature and futuristic elements shine through this entire record, especially on this track, as the singer harmonizes with herself over clean beats that are clearly 90’s R&B inspired. A bit of vocal distortion brings this track up to date as it seamlessly flows into the next.

I Can See The Future: The most recent single from this album establishes Tinashe’s flow, something OG fans will recognize and appreciate. Her slow and steady tone skates over a heavy trap beat, with strings accenting the hook and grounding the melody. This track is sure to be in regular circulation at any given function as this summer comes to a close.

X (feat. Jeremih): A bouncy beat and catchy hook immediately cemented this song as one of my favorites. This track is fun enough to blast with the windows down or on the dance floor, but production has the darker tinges that fans will recognize as a sort of signature. The Jeremih feature here adds little to the song, but makes for a fun switch in cadence and flow.

SHY GUY: This track is basically an interlude, standing at a little over a minute. The pattering beat and dreamy production details remind me of Pink Pantheress, another upcoming Black female producer blowing up on TikTok right now! For a short and sweet refrain, this track fits well where it is within the lineup.

Bouncin: The second single of this era and a standout track, this song encapsulates where Tinashe stands in her career now. Switching between singing and rapping, trampoline dance choreo in the video, and flexing her ability to have fun with her friends in the lyrics; all of these moments make these a well rounded song and remains one of my favorites of the record.

Unconditional: Every album needs a good old love song, and that’s where this song stands. Overflowing with nostalgic nods to 90’s production and angelic vocals, this track will be a hit from aunties to Gen Z. The background monologue at the end of this track slides perfectly into the next, a sultry bedroom ballad featuring Kaash Paige.

Angels (feat. Kaash Paige): A love letter to Los Angeles and her lover, Tinashe softly sings about how they “always feel right”. The spare production and low tones in this song remind me of “Touch and Go,” another R&B ballad from her previous album Songs For You. I hadn’t previously heard of Kaash Paige, but her vocals on her verse blend beautifully into the landscape of the song. My only complaint with this track is that it is too short.

333 (feat. Absolutely): The title track reverts to the lush production of the opener, evoking images of sun, love and growth. Tinashe’s vocals are treated with generous distortion, one of the hottest new trends in music across all genres right now. This song is uplifting, cerebral, and has Tinashe written all over it. She seems comfortable in this niche, and Absolutely is a highlight of all the features! I’ll be looking out for their future moves as well. 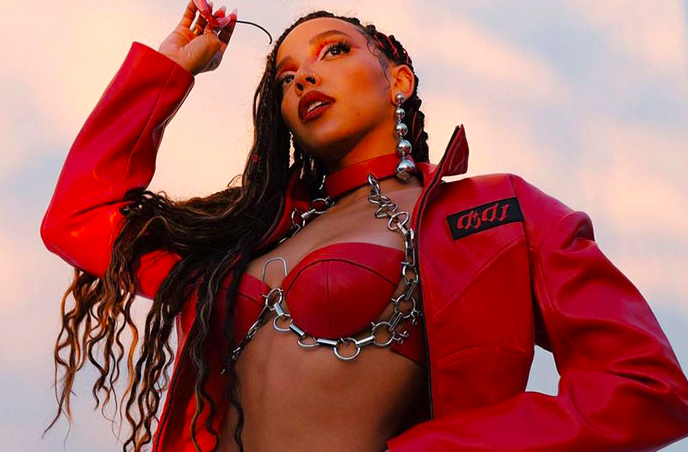 Undo (Back to my Heart) (feat. Wax Motif): Another slow intro here helps the album catch its stride. A soulful piano and strutting drumbeat recalls past hits from Tinashe such as “Flame” and “Save Room For Us”. This sunny track will surely be on my shower playlists as well as top-down-driving mixes. I’m also sure this will be a fan favorite live on the 333 tour Tinashe will be headlining this year.

Let Me Down Slowly: By this track, the pacing of the album had lulled a bit for me. There’s a number of slow songs present on the record that Tinashe surely has the range for, but stand as a new pattern for her full albums. “Songs For You” was primarily a fast paced hard hitter, and this may be a new era of maturity and evolution for Tinashe in terms of production. Either way, this track wasn’t one of my faves for this record.

Last Call: A slow guitar breakup ballad fits Tinashe’s voice more than ever, an evolved partner to “Remember When” from her preceding record. A sweeping production and soulful chorus will be sure to resonate with many who mourn a lost love. This niche is new for her, but I look forward to seeing much more along the vein of this sound.

The Chase: Leaning even further into the grungier pop-rock direction I just requested, this track is a confident march into moving on. I can envision this also being a crowd favorite at live shows, with a full band to support Tinashe’s vocals, which are also particularly strong on this record. Tracks such as this prove versatility is a skill Tinashe has developed exponentially over time.

Pasadena (feat. Buddy): Through the dark clouds of breakup ballads comes the sunny beachside track that introduced us to 333. Long-time fans may appreciate the grime of the deep cuts on this album, but “Pasadena” was built for radio play and beach BBQs. Buddy’s feature is another high point on the record, and his verse is flirty and fun to balance the feel-good energies of the production and lyrics. This has been one of my key songs of the summer, and it is sure to age with grace in the future.

Small Reminders: Another vocally strong performance and crowd-rousing beat round up one of the last few tracks on the album. I can see myself rocking to this track on a fall walk or late night jam session. The bass is fire, the vocals are solid, the lyrics are catchy. This song has the full package.

Bouncin’ Pt. 2: This track has been teased for a while, much to the glee of OG fans. The atmospheric production recalls Tinashe’s 2000s mixtape “Black Water,” which sounds just as the title suggests. Songs like these delve into the progress Tinashe has made in production while staying true to her roots. Possibly my favorite song on the album, I found this to be an innovative reprise.

It’s A Wrap feat. Quiet Child, Kudzai: 333 comes to a close on a chill note, almost full circle in tone to “Let Go”. Literally wrapping up the tracklist, this track falls in line with those that came before it, but doesn’t do anything to stun me. I appreciate the cohesion, but personally would have left this track off and concluded with the “Bouncin” reprise.

LFG! I can’t wait to see you all! pic.twitter.com/3fa2zvpOOL

For OG fans and newcomers alike, 333 does not disappoint. Creative lyrics weave between production styles in various genres, securing Tinashe a spot as one of the leading voices in pop and R&B right now. As always, I’ll be looking out for her future projects after this 9/10 album for me! 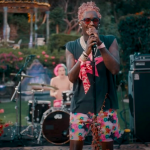 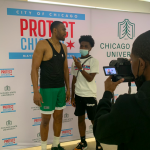