Well, this is something I didn’t think I would ever be writing about. Tom Brady, the GOAT of quarterbacks, is headed to the Tampa Bay Buccaneers. This brought in a lot of buzz on social media because at first he had announced that he wasn’t staying in New England anymore, and then a couple hours later it was reported that he was going to Tampa Bay. He wants the nice weather for his family and he’ll get paid a lot. Here’s what it means for the NFL as well as his career:

To start, Brady went to what is arguably one of the toughest divisions in football. He has to face Matt Ryan, Drew Brees, and now Teddy Bridgewater twice every year. This is amazing for the people watching the games, but not so great for him. This is the first time that Brady is anywhere but New England, so he has to learn a new playbook and get to build new chemistry with all his new teammates. This is also the first time he’s in the NFC, which is way tougher than the AFC in my opinion. His division alone will be a challenge, let alone the NFC playoffs.

Does this move make the Bucs a legit championship contender? I think yes, but it’ll take a while to adjust, and by a while I mean a couple months. They have two amazing receivers who both were top 5 in the league last year. Their running back isn’t bad, but he can definitely gain some good yardage when needed. Their defense is also okay, so Brady will have to do a lot of the work. Overall, I think he’ll be a good fit. It’s going to be a great year for football, and I can’t wait. 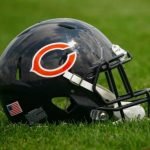 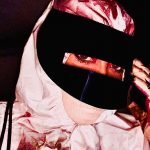