Everyone knows Mimi as Stevie J’s “bm.” However, the last episode of Love & Hip Hop showed her new title as Nikko’s girl. Who is this Nikko dude? I don’t really know. Apparently he’s always with his sidekick Johnny and according to K.Michelle, Johnny is gay. But she calls everyone gay! She lost her credentials with that one.

Anyway, Nikko is a rapper–I guess. His sidekick and him made a song called NY 2 LA. [SMH] It is pure tomfoolery. These two did the most in this video with their little pilot outfits. Like really though–I’m going to need them to get their lives together quick! What made it worse is the fact that Mimi appeared in the video thinking she was doing something. Oh Lawd! I thought Mimi learned her lesson to stay away from men in the media. Well wait–Nikko really is not in the media but still ya’ll get what I’m trying to say.

Mimi is so much better than that. She needs to stop messing with the dudes that she been messing with. I wonder what Stevie has to say about this. But check out the video below and let us know what you think. 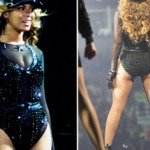 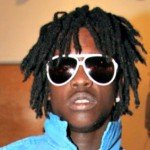