With the new year comes a plethora of new movies – original content and expansive sequels! So here’s a top 10 list of the most hyped movies of this year!

Ant Man and the Wasp: Quantumania is the third installment in Marvel’s Ant Man series! This movie will see Ant Man and company venturing into the Quantum Realm and encountering Kang the Conqueror, an antagonist who was introduced in the TV series “Loki”.

John Wick 4 is the fourth installment in the John Wick series, following Keanu Reeves’ character, John Wick. He is presumed dead by the rest of the world and heading right for the top of the food chain to finally get vengeance.

The Super Mario Movie is an animated film from Illumination (aka the people behind Despicable Me and The Secret Life of Pets). The movie stars our favorite red plumber, Mario, heading into a strange new world against the threat of the tyrannical Bowser!

Indiana Jones 5, aka Indiana Jones and the Dial of Destiny, is going to be yet another installment in Harrison Ford’s iconic adventurer/treasure hunter as he hunts down another sacred relic. And this will also presumably be John Williams’ last movie in regards to composing the score!

Spider-Man: Across the Spider-Verse is the sequel to the beloved animated film from Sony Animations. It will follow Miles Morales being sent to another realm under siege from a new threat. Not much is known about the plot itself other than the stuff we got from the trailer.

D&D: Honor Among Thieves is releasing at the end of March. The story will follow an unlikely band of thieves trying to save the world from a catastrophic mistake they’ve made.

Dune 2 is the sequel to Dune, the sci-fi film based on the books of the same name. Releasing later this year in the fall, it will continue right where we left off in the last hit movie.

Nimona is an animated film coming from Netflix, set to release later this year. It follows a villain named Ballister Blackheart in a technologically-advanced medieval kingdom with his mysterious shapeshifter sidekick, Nimona.

Shazam: Fury of the Gods is the sequel to DC’s Shazam, one of the more well-received DCEU films. It will directly follow Shazam and his stepsiblings taking on a new foe – the daughters of Atlas.

What are you most excited for? Reach out to me and let me know. 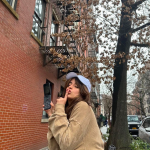 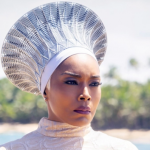