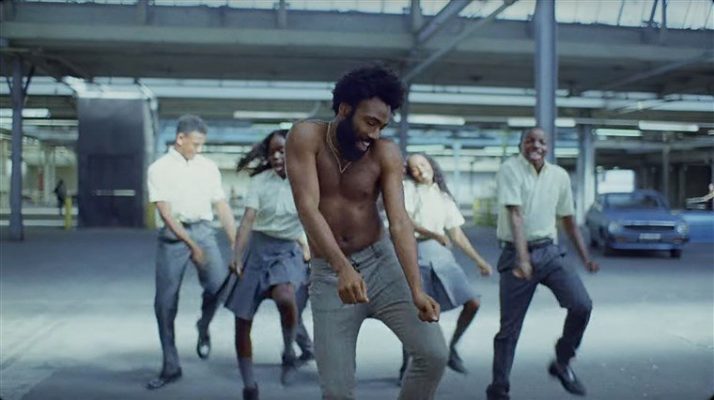 As the decade comes to a close, it’s time to reminiscence on some of the amazing music videos that talented artists have given us throughout the 2010s that have had us rewatching YouTube. Here is my top 10 list of music videos of the decade that showed artists delivering dope visuals with their songs.

The former Fifth Harmony member had the world falling in love with her after the release of her solo single “Motivation.” She not only served us 90s/early 2000s realness but she also showcased her amazing dance skills. All I can say is Ms.Normani didn’t come to play!

With the release of her 2018 album, Janelle Monae came out as pansexual and the themes of self-discovery and love was evident in the album. This song and music video particularly screamed Black Girl Magic in the best way possible. In the video Monae sings of the power Black women hold as she sits on a decked out throne surrounded by fellow Black women who step with synchronized choreography.

We all know that Kendrick Lamar is more than a rapper–he’s a true artist. This music video shows exactly that as Lamar reassures the African American community that despite all of the hate and hardship we experience, “we gon’ be alright!”

Twigs returned to the music industry after five years with her single “Cellophane” and the music video to accompany it. The aesthetic golden video speaks on Twigs relationship with now ex-fiancé Robert Pattinson. The performance she puts on represents the internal and external struggle she endured while trying to hold on to a relationship that was bound to end. The video has even been nominated for a 2020 Grammy.

In one of Lana’s earlier songs she portrays both Marilyn Monroe and First Lady Jackie Kennedy featuring A$AP Rocky as President JFK. This cinematic reenactment of Monroe singing “Happy Birthday” to the President and a portrayal of the Kennedy’s relationship up until JFK’s assisnation is beautiful.

Thank U, Next by Ariana Grande

Grande allowed us to relive our childhood nostalgia as she sung about her ex’s and the self-growth that stemmed from them. She featured her former Victorious co-stars Elizabeth Gillies and Matt Bennett in the video as she paid tribute to modern day classic movies like Mean Girls, Bring it On, Legally Blonde, and 13 Going on 30.

How could we forget when two of the music industry’s biggest baddies came together to deliver us a nine and a half minute music video that took us on a wild adventure.

This is America by Childish Gambino

Childish Gambino never fails to give a good performance. “This is America” had so many important messages that were represented in the video from gun violence to what it means to be Black in America to how we’ve used entertainment to distract us from the social and political issues that are taking place in America.

This list would be incomplete without mentioning QUEEN B and one of her many hits! From the visuals to the choreography Beyoncé ate on “Formation.” The representation of Black culture and homage to her Louisiana-Creole roots were evident. The message portrayed that African Americans will not be silenced. The release of “Formation” made it clear that Beyoncé wasn’t about to play on Lemonade as she redefined what it meant to be an R&B and pop singer during this time.

The 2010s brought forth a lot of amazing talent. I can’t wait to see what these artists will give us in 2020!