Marvel Studios has announced tons of new TV shows and movies in development, and even more announcements are around the corner with ComicCon and D23. Amongst the dozens of projects in the works, here are 10 that are the most exciting.

No. 10: Black Panther: Wakanda Forever This movie’s coming out November 13, 2022, but hasn’t stopped people from speculating a ton about it. That’s completely understandable, of course. We don’t know how they’re going to address Chadwick Boseman’s tragic passing. Maybe a recasting, or off-screen death, or the mantle simply passing to another character. Whatever they do, it’ll hopefully be done tastefully and respectfully.

No. 9: Agatha: House of Harkness This show seems like pretty much a sequel to “WandaVision,” and is described as a comedy. Not sure what to make of that, but it’ll most likely follow the same sitcom style as “Wandavision”. The release date seems to be aimed for going to Disney+ in late 2023 or early 2024.

No 8: What If? (season two) It’ll be fun to explore the consequences of the Watcher breaking his oath. No release date has been confirmed yet.

No. 7: Armor Wars A lot of people seem to be sleeping on this show, but it’ll probably be really good. Hopefully they make War Machine more of a character in this show, and it aims to capture the feeling that the first Iron Man movie had. No release date has been confirmed yet.

No. 6: Ant-Man and the Wasp: Quantumania They already confirmed Kang the Conqueror would be the villain of this movie, and Jonathan Majors just did such an awesome job with the character in “Loki,” so that’s reason enough to see this movie. Coming February 17, 2023.

No. 4: Secret Invasion In the comics, the Secret Wars event was when the shapeshifting aliens called the Skrulls infiltrated earth and disguised themselves as hundreds of politicians, SHIELD agents, and superheroes. It was a super big deal and had disastrous consequences, so it’ll probably be a pretty big deal in the MCU as well. Not to mention, Nick Fury looks awesome in the sneak peaks we’ve gotten. No release date has been confirmed yet.

No. 3: The Guardians of the Galaxy Holiday Special Coming this December on Disney+.

No. 2: Echo Her character was interesting in “Hawkeye,” but mostly it’ll be awesome to see characters like Daredevil and Kingpin show up. Hopefully Jessica Jones and the Punisher too! Coming to Disney+ 2023.

No. 1: The new Daredevil Disney+ show So glad it’s getting its well deserved continuation. The Netflix show was just so well done, and it was heartbreaking seeing it get canceled. Hopefully the new show isn’t afraid to get as dark and gritty as the original. No release date has been confirmed yet. 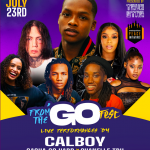